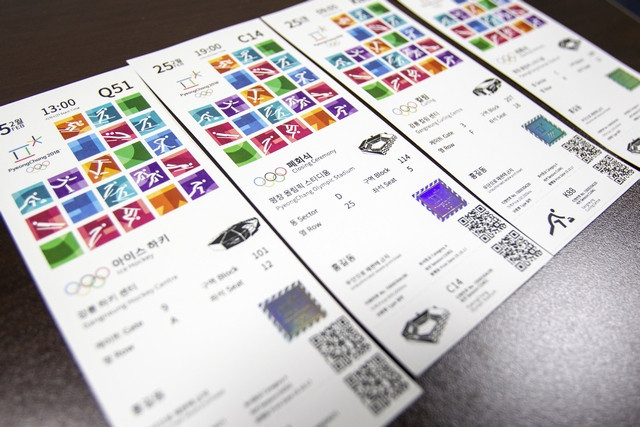 Tickets for the Pyeongchang 2018 Winter Olympic Games are going to be available to be purchased offline for the first time from Wednesday (November 1).

It comes after the unveiling of the design of the tickets - which feature pictograms for each sport as well as images of snowflakes in the shape of the Korean alphabet.

Until now tickets have only been available for online sales.

Three main ticket centres are due to open across the host nation: in Seoul City Hall, Gangwon Provincial Government in Chuncheon and Gangneung City Hall.

A hologram and a barcode as well as the name of the purchaser will be among security measures designed to reduce the risk of counterfeit tickets.

Mobile tickets will also be available for what organisers claim is to be the first time in history.

Pyeongchang 2018 will be desperate that this will lead to a boom in sales which have been poor so far.

It was announced on October 11 that only 30.3 per cent of the 1.07 million tickets organisers hope to set for next year's Games have been snapped up so far.

It then emerged last week that only 499 tickets for the Paralympic Games had been sold to individuals so far, although 8,902 had supposedly been purchased by groups.