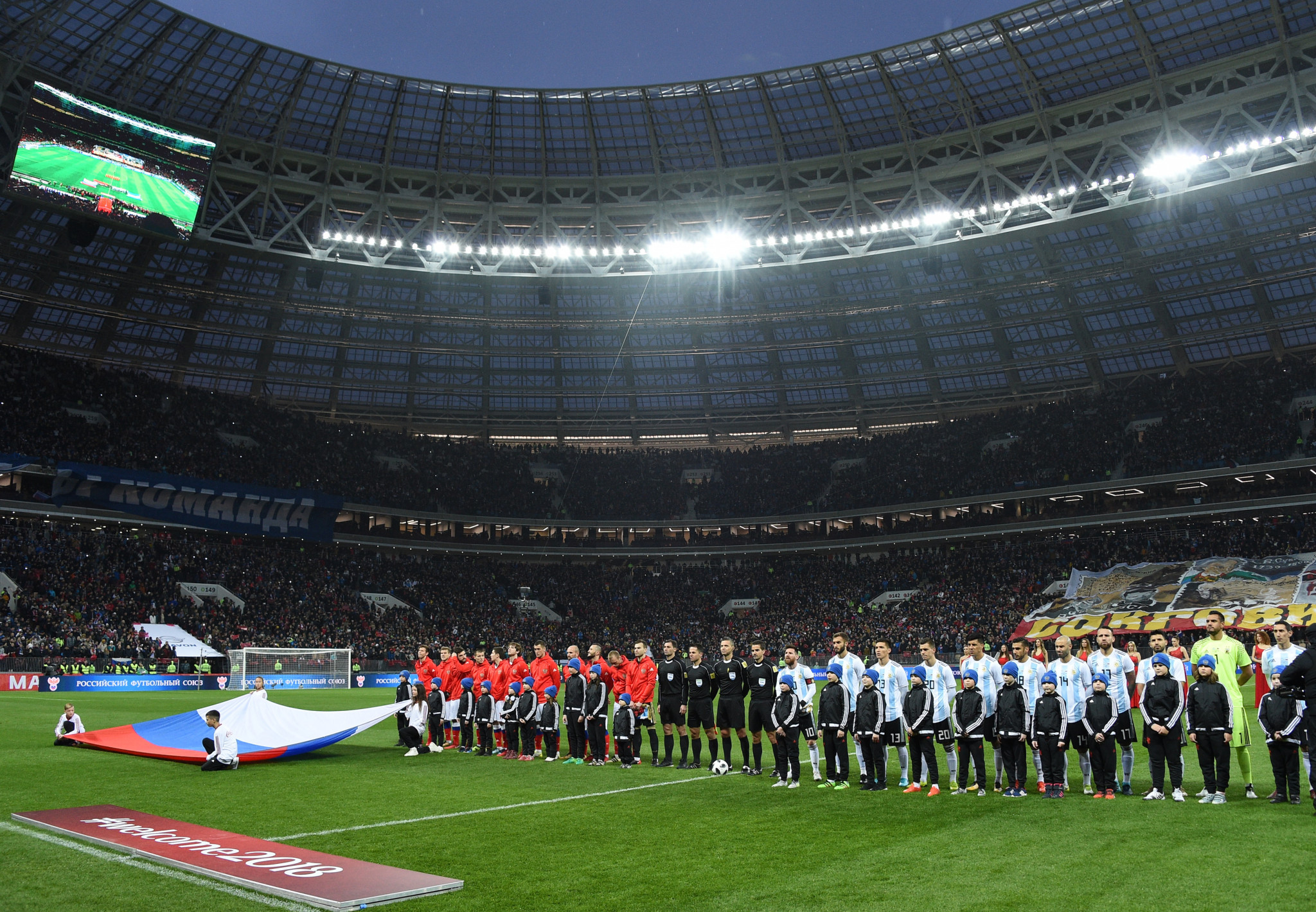 Problems that affected the re-opening of the Luzhniki Stadium in Moscow earlier this month will not be repeated, Russian officials have claimed.

Fans complained after Russia’s 1-0 friendly defeat to Argentina on November 11 that the logistics at the Stadium, due to host the 2018 FIFA World Cup final and was officially reopened on September 9 after four years of renovation work, were badly managed.

Following the match in Moscow, which was attended by 78,750 people, a record for a home match for the Russian national team, supporters claimed they were forced to remain in the stands for more than 30 minutes due to exits being jammed.

Furthermore, once they had left the Stadium, many said that it had taken almost two hours to walk from the ground to the nearest metro station, approximately a kilometre away.

According to the head of Moscow’s security department, Vladimir Chernikov, the reason for the bottlenecks were a result of ongoing work at the metro station.

He added that there would be an increase in the number of shuttles taking fans from the Stadium to the metro in the future.

Vitaly Mutko, Russia’s Deputy Prime Minister and President of the Russian Football Union, said: "We need to analyse all the organisational aspects and make the necessary corrections to ensure full comfort and security for football fans in the future."

Yesterday's match at Luzhniki stadium turned into a nightmare for thousands of fans as after the final whistle it took more than 1.5 hour to get to metro in freezing weather. With 213 days left to the World Cup such organisation is a disgrace. pic.twitter.com/n1zi87MiaG

Additionally, the chairman of the Interim Commission of the Federation Council on preparations for the 2018 World Cup, Andrey Kutepov, promised that the problems at the Luzhniki would not be repeated.

Speaking to Russian media, he said that the Stadium staff needed to gain more experience in managing the logistics and spectators at the stadium.

He admitted, however, that there had been failures at the Luzhniki as there was no formal testing with smaller numbers prior to the match between Russia and Argentina.

Such testing had taken place at the Krestovsky Stadium in Saint Petersburg with crowds of 20,000, 30,000, 40,000 attending separate events before staging events at its full capacity of over 60,000.

The next match at the Luzhniki Stadium is likely to be a friendly between Russia and Brazil on March 23.

The World Cup is due to take place from June 14 to July 15 in 12 host cities across Russia.