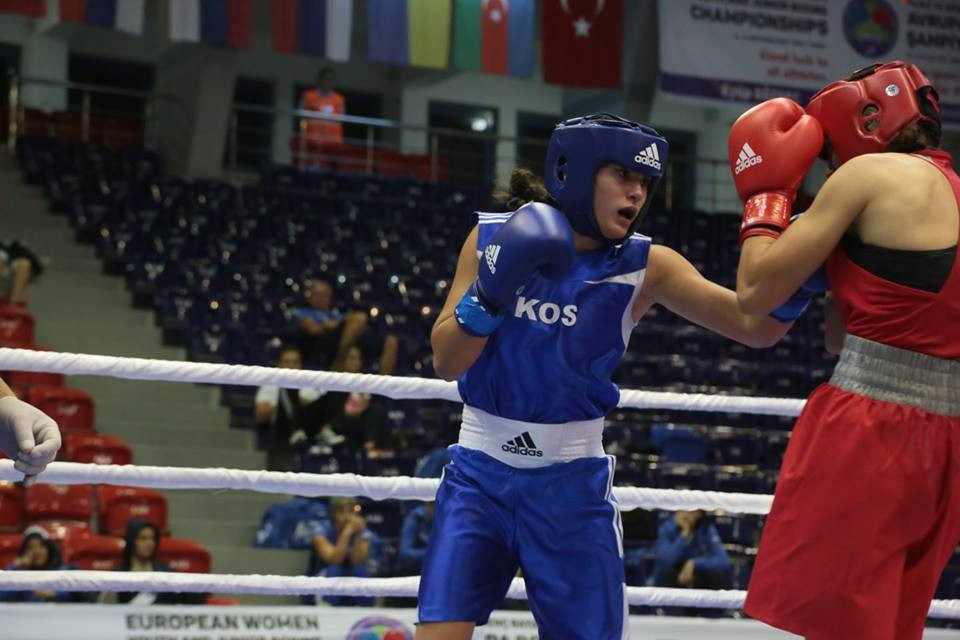 The Kosovo Olympic Committee (KOC) has claimed that fighter Donjeta Sadiku has been unable to compete at the ongoing International Boxing Association (AIBA) Women’s Youth World Championships in India due to visa issues.

Sadiku, the AIBA Women’s Junior World Championships silver medallist, was listed by the world governing body as being among the favourites for success in the lightweight division in Guwahati.

But the KOC has revealed through social media that she will not have the opportunity to challenge for honours.

"INCREDIBLE! Our boxer, Donjeta Sadiku, missed the World Championship in India because of Visa issues! India does not recognize our country and passport. Sports or politics? #unfair #scandal #sportsoverpolitics," a Twitter post reads.

India's reaction to Kosovo’s declaration of independence in 2008 is one of non-recognition.

insidethegames has contacted AIBA for comment on the matter.

INCREDIBLE! Our boxer, Donjeta Sadiku, missed the World Championship in India because of Visa issues! India does not recognize our country and passport. Sports or politics? #unfair #scandal #sportsoverpolitics@AIBA_Boxing @insidethegames pic.twitter.com/dAFJLjzlM0

Kosovo were formally admitted to the International Olympic Committee in December 2014, but have still faced opposition from several countries.

In May of last year, it was confirmed Kosovo's participation at the next edition of the Mediterranean Games would not be blocked by the Spanish Government after a delegation from the Balkan country were refused visas to attend a European Olympic Committees Seminar.

KOC President Besim Hasani was among those denied the opportunity to attend the two-day event in the Spanish resort of Tarragona.

The Spanish Government does not recognise Kosovo, claiming that its declaration of independence from Serbia in 2008 did not respect international law.

Poland’s Natalia Marczykowska and the United States’ Citlalli Ortiz made the headlines as 30 bouts took place across six weight categories.

In the last of the middleweight bouts, Marczykowska showed she has clearly learned much from defeat at the hands of Ukraine’s Karolina Makhno earlier in the year.

She looked unstoppable against her old rival, producing one of the best performances of the afternoon session to record a unanimous points win.

Rounding off day two in emphatic fashion, youth national champion Ortiz got off to a strong start in her first major international tournament.

The 17-year-old welterweight looked confident against one of the favourites in the category, Kazakhstan’s junior world champion Nadezhda Ryabets, to edge a first-class contest.

Among the other boxers to progress today was three-time European champion Emi-Mari Todorova, Bulgaria’s youth number one, who dominated her light flyweight contest against Australian newcomer Danielle Clayton.

She now faces a last-16 clash with home favourite Nitu, the winner of the pair’s most recent encounter last month.

Victory for Benmessahel, the reigning European Boxing Confederation youth lightweight champion, sets up what looks like being a thrilling encounter against American star Diana Estrada in the next round.