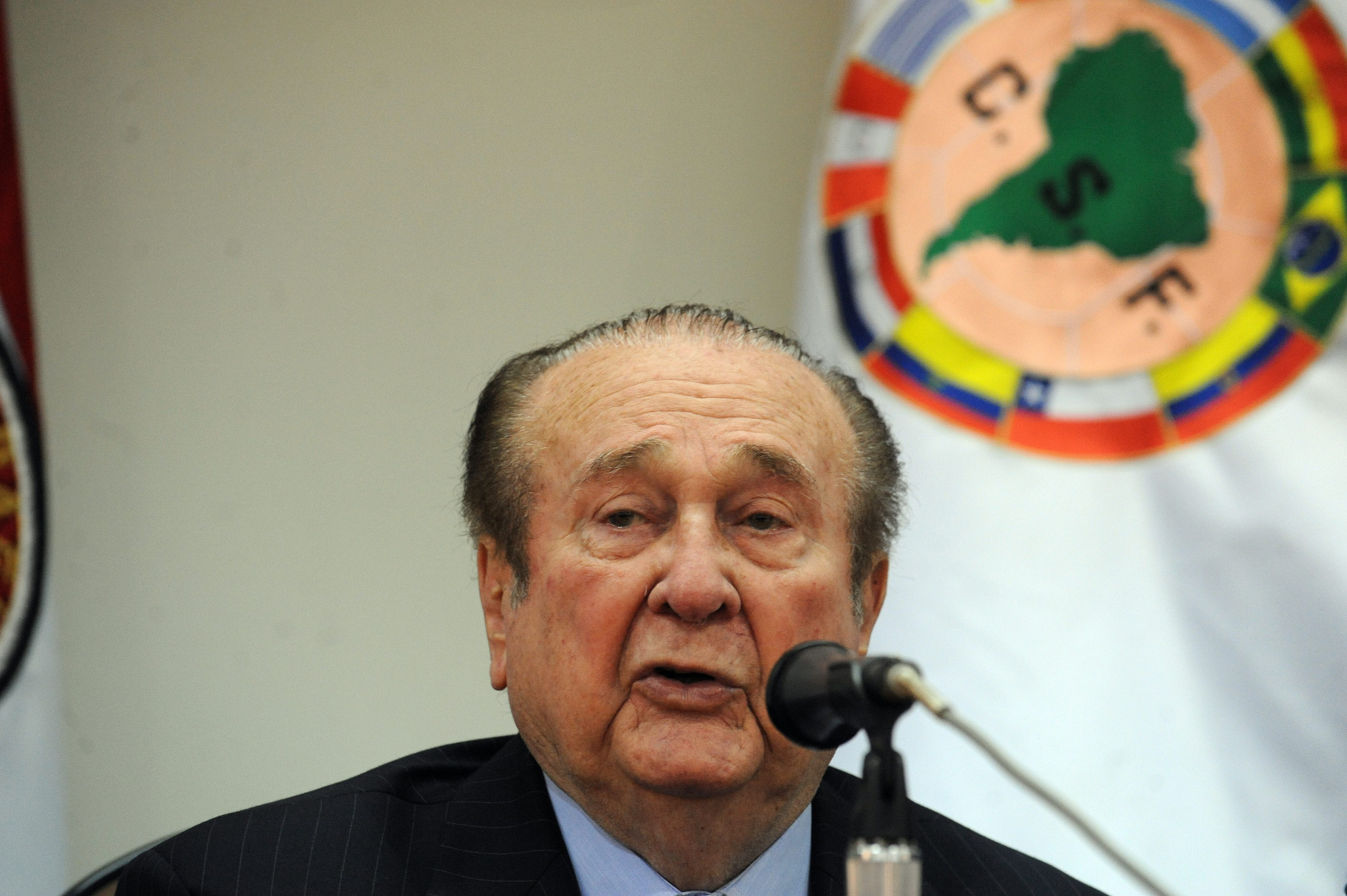 A judge in Paraguay has approved the extradition of former South American Football Confederation (CONMEBOL) President Nicolás Leoz to the United States to face charges in connection with the FIFA corruption scandal.

The 89-year-old, who has been under house arrest in Paraguay's capital Asunción since mid-2015, is among the officials being investigated by the US Department of Justice.

Authorities have been trying to extradite Leoz, a former FIFA Executive Committee member, for more than two years.

He had successfully fought off previous attempts but Judge Humberto Otazu has now agreed he can be extradited to the US.

Leoz's lawyer Ricardo Preda said the decision will be appealed, according to Reuters.

The Paraguayan is accused of accepting bribes for broadcast rights and marketing and denies any wrongdoing.

"The court has finally resolved that the formal request for the extradition order is validated by the treaty and laws, and the extradition of Mr Leoz has been granted so he can face trial in the United States," Otazu said.

Burzaco claimed Leoz, CONMEBOL President from 1986 to 2013 before he resigned citing health reasons, had stolen $5 million (£3.8 million/€4.2 million) from world football's governing body through bribes tied to the sale of marketing rights for major tournaments and matches in the region.

The Argentinian executive also told the court he had bribed more than 30 people and had given out around $160 million (£121 million/€136 million) in illicit payments.

His early testimony had claimed Leoz was one of three South American officials, along with former FIFA senior vice-president Julio Grondona and Brazil's Ricardo Teixeira, who were bribed to pick Qatar in the controversial vote for the 2022 World Cup.

Burzaco, who accompanied the three officials to the December 2010 vote in Zurich, said it was widely known they would all back Qatar.

But Grondona allegedly told him that Leoz had instead voted for Japan and South Korea.

According to Burzaco, this led to a heated exchange in a bathroom where Grondona and Teixeira cornered Leoz and asked: "What the hell are you doing?

"Are you the one not voting [for Qatar]?"

US prosecutors accuse the defendants of participating in schemes involving more than $200 million (£152 million/€173 million) in bribes and kickbacks, both sought and received by officials for marketing and broadcast rights to tournaments and matches.

The cross examination of Burzaco is set to conclude today.