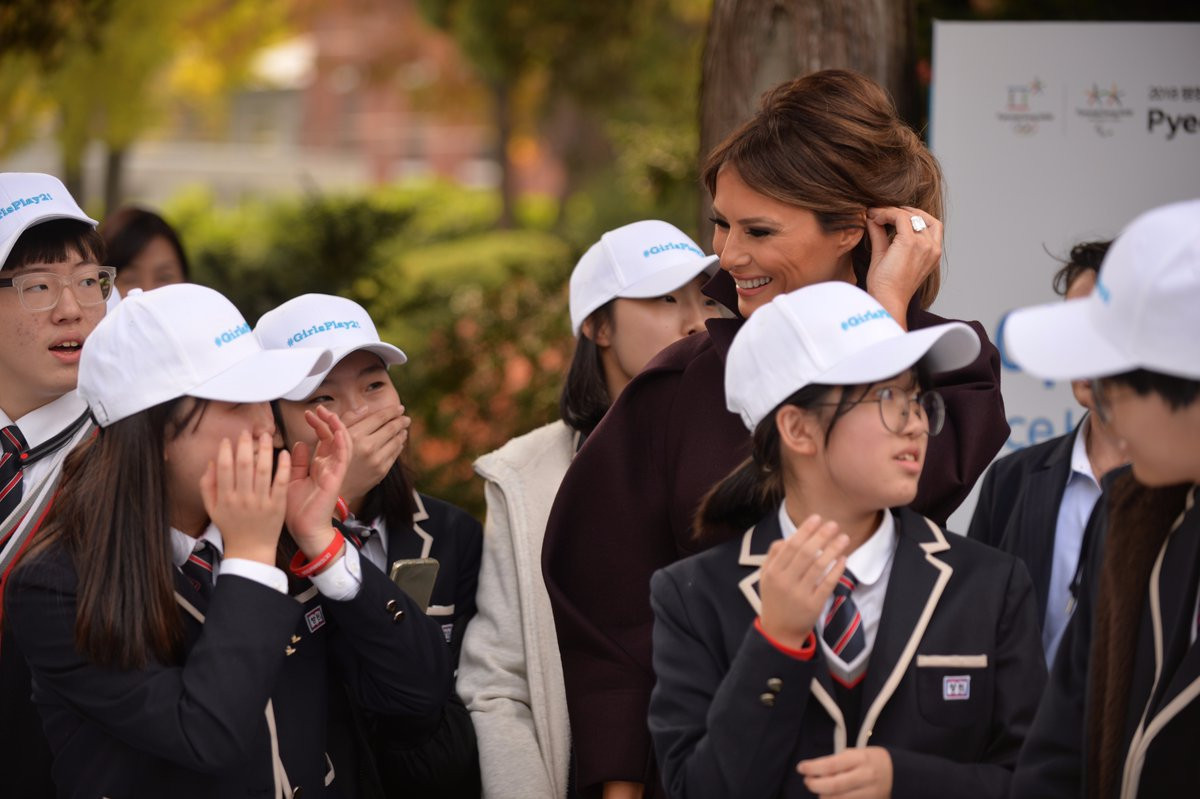 They were served the herb tea by South Korean First Lady Kim Jung-sook.

Melania Trump also appeared at an event organised by the US Embassy in Seoul, alongside Pyeongchang 2018 President Lee Hee-beom and K-Pop star Choi Min-ho.

Lee gave her replicas of Bandabi and Soohorang, the Asiatic black bear and white tiger, who are the mascots of Pyeongchang 2018.

She had arrived in South Korea with her husband for a two-day state visit after spending three days in Japan.

Trump attended the launch event of "Girls Play 2", organised by the Embassy and aimed at giving girls more opportunities to play sports.

In her speech, in front of some 80 Korean middle school pupils, she emphasised equal rights for both genders in enjoying sports and called for teamwork.

She said: "Sport teaches children about teamwork, dedication, discipline, and how to succeed under pressure.

"Girls Play 2 reminds people that girls love to play sport just as much as boys do.

"Girls wants to play basketball and hockey, and snowboard and ski.

"Some girls want to become Olympians and many girls simply want to be active and enjoy sport for the fun of it.

"The Olympics are just around the corner.

"I am sure you are all very excited about next year's games.

"It will be an amazing opportunity to bring the world together through our shared loved of sport.

"As we look forward to the Olympics I call on all of us to ensure girl and boys are given equal access to facilities equipment and to coaches.

"Let's remind the world that girls play too."

After the speech, she watched some of the students play ice hockey, took group photos with the students and shook hands with everyone in the first row.