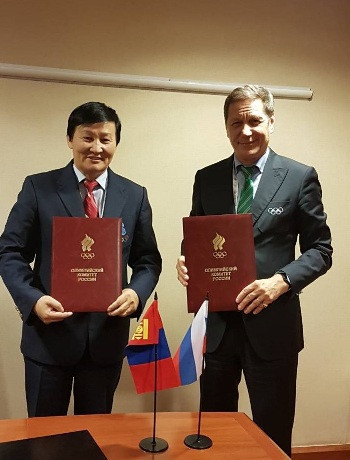 The agreement was signed by Dr Demchigjav Zagdsuren and Alexander Zhukov, Presidents of the Mongolian and Russian Olympic Committees.

The MoU, signed during the Association of National Olympic Committees General Assemly in Prague,  will develop bilateral cooperation and promote Olympic values in both countries.

It is also intended to maintain the rights of athletes, coaches and other sports specialists under the Olympic Charter.

A further goal is to ensure that both countries develop mass sports participation and high-performance sports.

Given that Mongolia and Russia are neighbours with strong historic ties, the two National Olympic Committees will initiate educational exchanges.