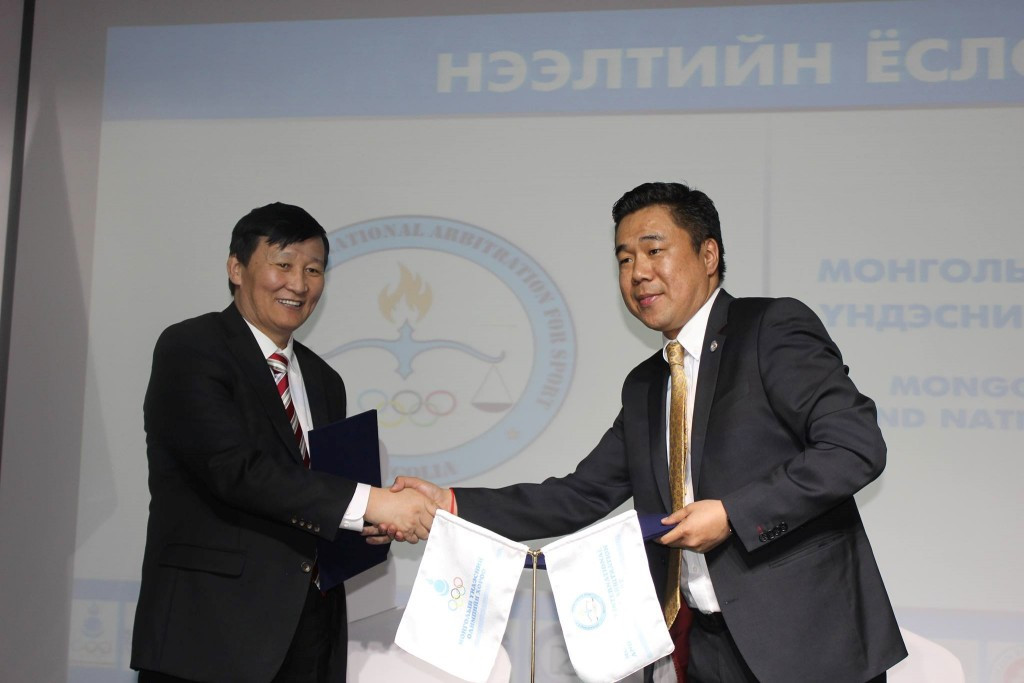 The "International and National Arbitration for Sport" body has been established to solve sport-related disputes in the Asian country.

An Opening Ceremony to bring the new body into existence was held in Mongolian capital city Ulaanbaatar at the Tuushin Conference Hall.

Zagdsuren signed a Memorandum of Understanding with the new arbitration body.

Training will now be organised, with seminars, meetings and conferences planned with international arbitrators.

The news comes after Zagdsuren was re-elected for a fifth four-year term as President in March.

The 58-year-old, who will continue to serve until 2021, was voted in again at the MNOC's seventh Elective Congress in Ulaanbaatar.

Vice-president Tsend Damdin was also re-elected to his position, while Batbold Battushig, President of the Mongolian Badminton Association, was chosen as the new first vice-president.