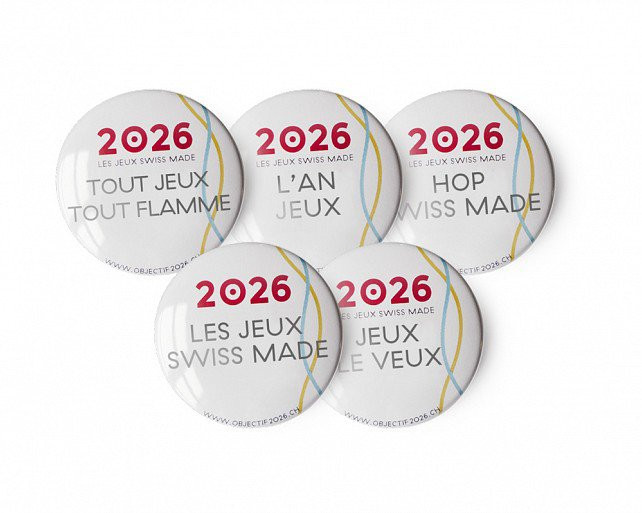 A referendum on whether Sion should launch a Swiss bid for the 2026 Winter Olympic and Paralympic Games is expected to take place on June 10 next year.

It is expected that a public ballot will be held in the canton of Valais and in the nearby commune of Kanderstag.

Valais is set to be the main hub of the Games and ski jumping would take place in Kanderstag.

A separate referendum is due to be held in Bern - where ice hockey would be held - by the end of next year.

At present, there are no plans to hold a referendum in Vaud - the canton which contains the planned ice skating venue in Lausanne and the slopestyle competition in the nearby Vaud Alps.

It is hoped that, by holding different sports in different areas, the costs will be shared between different regional authorities and be reduced.

In the budget section of their feasibility document, submitted to the Federal Government in August, Sion 2026 revealed organisational expenses are currently forecasted at CHF1.86 billion (£1.47 billion/$1.91 billion/€1.62 billion).

It also predicts that an income of CHF1.35 billion (£1.06 billion/$1.39 billion/€1.18 billion) would be produced from the IOC's contribution, ticket sales and sponsorship.

Innsbruck in Austria became the latest city to suffer such a defeat last month, killing their bid for 2026.

A total of 60 per cent of residents in the canton of Graubünden also voted against a former rival Swiss 2026 bid in February.

A referendum for a 2022 bid from Davos, also in Graubünden, was similarly unsuccessful.

It is hard to see where else in Europe will bid for 2026, with rumoured Norwegian and Swedish attempts considered unlikely.

Calgary, Salt Lake City and Sapporo are all possible contenders from farther afield.

The Swiss Government have pledged CHF995 million (£760 million/$955 million/€856 million) towards the Sion bid, although this is still subject to final approval.

It emerged last week that Sion 2026 had written to the International Olympic Committee (IOC) Olympic Games executive director, Christophe Dubi, requesting that they propose a specific, rather than an unlimited, guarantee for the event.

Dubi accepted this proposal, but denied to insidethegames afterwards that this has set a new bidding precedent and claimed they would only permit a limited guarantee if they were completely confident in Sion's ability to meet it.

The official candidature process for 2026 bids is not due to open until October next year.

A host should then be chosen at an IOC Session in Milan in 2019.