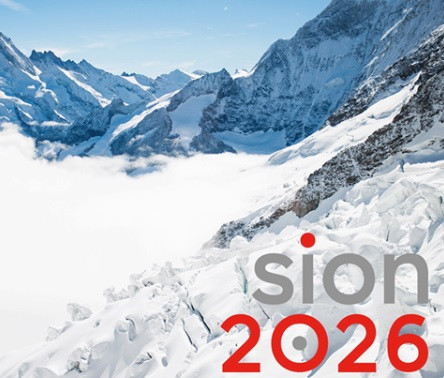 Sion's bid for the 2026 Winter Olympic and Paralympic Games has been given a significant boost after Switzerland's Federal Council confirmed their support for the project today.

The Government support provides a welcome boost to Sion's candidature, although the Federal Council has warned the bid will not proceed without public support.

The declaration of support was announced following a meeting today that, in principle, the Government would back the city's attempt to secure the hosting rights for the event to the tune of about CHF1 billion (£774 million/$1 billion/€865 million).

It now has to go through the two Parliament Chambers between now and December 2019 for final approval.

The backing is also dependent on the condition that the Games would rely as much as possible on existing infrastructure.

Under the proposed Sion 2026 bid, only two new venues are expected to be required to stage the Games, although existing sites could be adapted.

Jürg Stahl, President of Swiss Olympic and vice-chairman of the bid, said: "Swiss Olympic welcomes this strong signal from the Federal Council.

"From the beginning of the process, we have been convinced of the seriousness and the strength of the Sion 2026 dossier.

"This decision enables us to continue our work to make this candidature even stronger and to convince the population.

"Our main focuses are henceforth the population of our country and the athletes from Switzerland and the rest of the world, who will all be central to this project.

"In this way, we will continue our efforts with a high level of motivation and great commitment, certain of what course to map out."

Sion's bid is still likely to face a referendum, which will decide whether it will go forward to the next stage.

Several venues would be used in the city of Sion, located in the canton of Valais, but a total of five cantons of Switzerland feature in the proposed plans.

It is not yet known whether referendums would be held in each.

Innsbruck in Austria became the latest city to suffer a referendum defeat on Sunday (October 15), which killed their bid for the 2026 event.

The Swiss canton of Graubünden voted decisively against Davos and St Moritz bidding for the 2026 Games in a referendum in February.

The Government support for Sion is also welcome news for the International Olympic Committee (IOC) following a number of withdrawals for the 2022 and 2024 editions of the Games.

The Federal Council had initially delayed a decision on whether to back Sion's bid earlier this month.

"The Government sees the Olympic Winter Games as a great opportunity for sport, the economy and society in Switzerland," a statement read.

The CHF1 billion figure is the same contribution Sion 2026 President Jean-Philippe Rochat estimated they would require.

A total of CHF8 million (£6.2 million/$8.1 million/€6.9 millon) of the funding would be allocated towards the candidature phase, while CHF827 million (£640 million/$843 million/€716 million) would be put towards the actual organisation of the Games.

In the budget section of their feasibility document, submitted to the Federal Government in August, Sion 2026 said that organisational expenses are currently forecasted at CHF1.86 billion (£1.47 billion/$1.91 billion/€1.62 billion).

It also predicts that an income of CHF1.35 billion (£1.06 billion/$1.39 billion/€1.18 billion) would be produced from the IOC's contribution, ticket sales and sponsorship.

The Government said it would also fund 20 per cent of total security costs, thought to be around CHF44 million (£34 million/$45 million/€38 million).

The development marks the latest twist regarding potential bids for the 2026 Winter Olympics and Paralympics.

Following the scuppering of Innsbruck's attempt, an Exploratory Committee was formed in Salt Lake City to look into a bid for the 2026 or 2030 events.

The United States Olympic Committee had previously claimed they were targeting either 2026 or 2030, with chairman Larry Probst saying he felt the latter edition was more likely to avoid a potential conflict with Los Angeles 2028.

Probst also said, however, that the US would want to be part of any possible double award discussion.

Last month, the IOC launched a streamlined candidature process for the 2026 Games.

Switzerland has hosted the Winter Games in 1928 and 1948, both times in St Moritz.