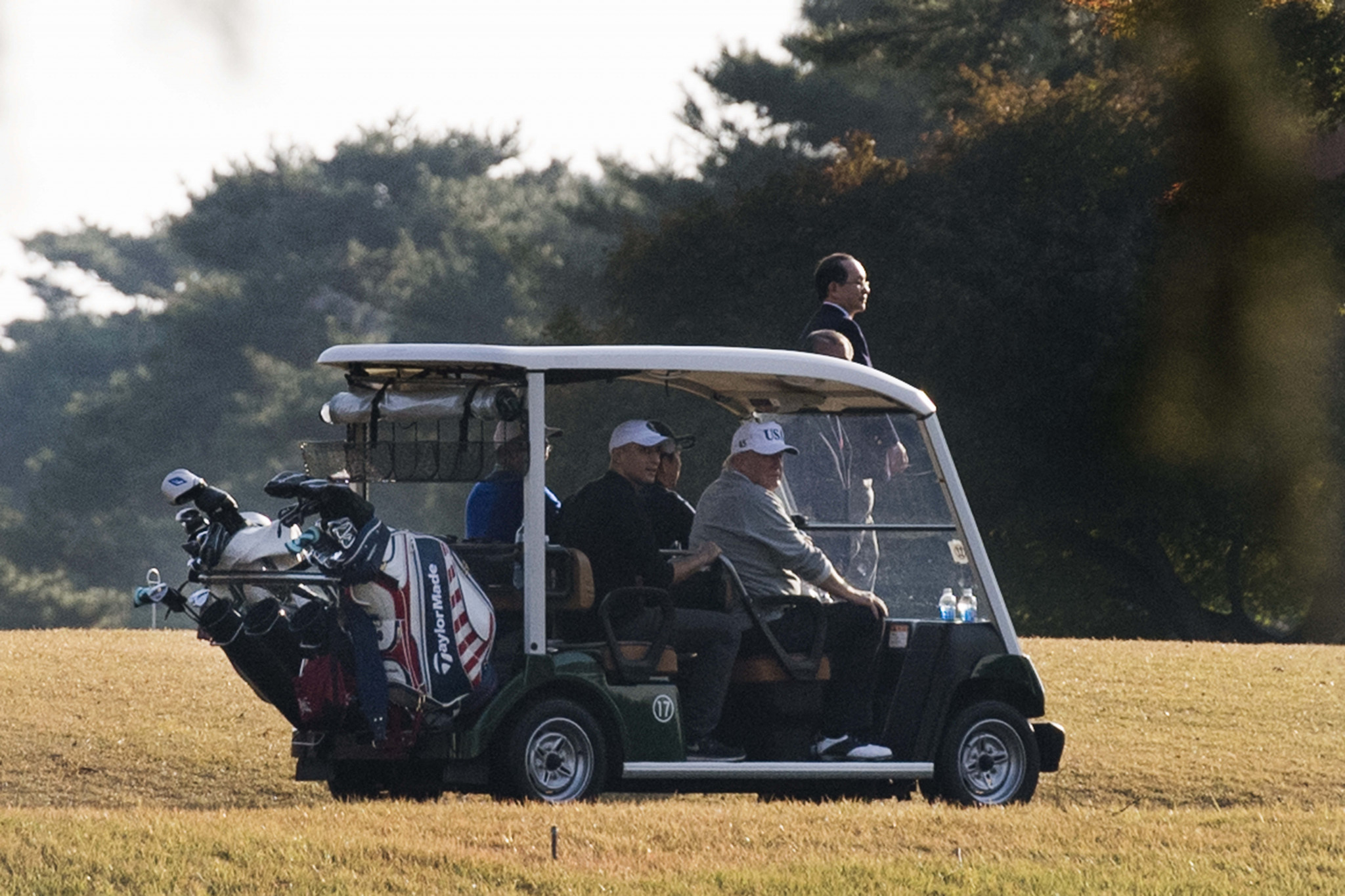 United States President Donald Trump and Japanese Prime Minister Shinzō Abe have played a round of golf on the course due to host the sport during the 2020 Olympic Games in Tokyo.

Shortly after arriving in Japan at the start of a 13-day tour of Asia, Trump met Abe at the Kasumigaseki Country Club.

Inside the clubhouse, they autographed white hats embroidered with their names and the slogan "Make Alliance Even Greater", a twist on the slogan of Trump's successful election campaign last year.

They were joined during their round by Hideki Matsuyama, the runner-up at this year's U.S. Open, a performance which saw him raised to second in the world rankings.

The Kasumigaseki Country Club, founded in 1929, is considered the birthplace of Japanese golf.

The club says its guiding principle is "good fellowship, as expressed in the spirit of fair play, familiarity and trust in the members".

It has, however, recently been at the centre of controversy.

Facing public criticism over the club’s policies toward women, Tokyo 2020 officials threatened to move to a different venue unless the rules were changed.

The club ultimately bowed to pressure in March and now allows women to be full members.

"Playing golf with Prime Minister Abe and Hideki Matsuyama, two wonderful people!" Trump tweeted, along with a video of the trio on the golf course.

Abe is almost as keen a golfer as Trump.

He offered Trump a golden golf club as a gift after his election.

The pair also played golf together already at Trump’s Mar-a-Lago resort in February.