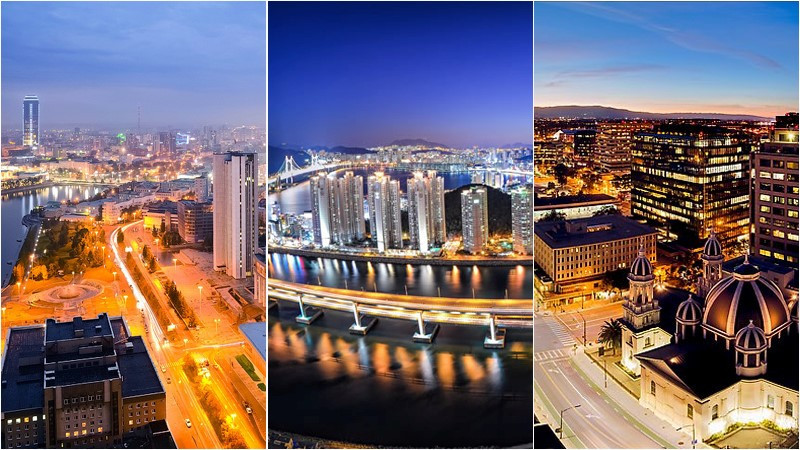 Ekaterinburg in Russia, San Jose in the United States and the South Korean city of Busan have all expressed an interest in hosting the 2020 World Team Table Tennis Championships, it was announced today.

The International Table Tennis Federation (ITTF) confirmed the three cities had met the October 15 deadline to enter the running to host the event.

Ekaterinburg, San Jose and Busan are now required to submit their detailed bid by February 1, which marks the closure of the bid phase.

Before that date, an ITTF Selection panel will analyse and conduct inspections of the three cities.

The final shortlist is then scheduled to be drawn up by the ITTF's Executive Committee by February 15.

The host of the Championships is due to decided at the governing body's Annual General Meeting in Halmstad in Sweden on May 1.

"Having three cities showing strong interest is a clear sign that the new ITTF management’s hard work is paying off and is well supported around the world," said ITTF President Thomas Weikert.

"We have been promoting the benefits of hosting the world’s biggest table tennis event more strongly, as well as looking at how to make the event more successful to ensure its long future.

"All of this on the back of one of the best ever World Championships this year in Germany shows that the ITTF is performing better than ever before and we are so happy to have three fantastic cities keen to host the World Championships."

San Jose is bidding to become only the second city outside of Asia and Europe to host the ITTF World Championships, which alternate between individual and team events annually.

Cairo in Egypt is currently the only non European or Asian host of the event when the Egyptian capital staged the Championships in 1939.

South Korea has never staged the ITTF World Championships, the first edition of which took place in London in 1926.

Russia last played hosted in 2010 when the event took place in Moscow.

Düsseldorf in Germany staged the event this year.

Halmstad is due to be the venue for the 2018 edition, which will be played in the team format.

Budapest in Hungary was awarded the 2019 tournament in March of last year.