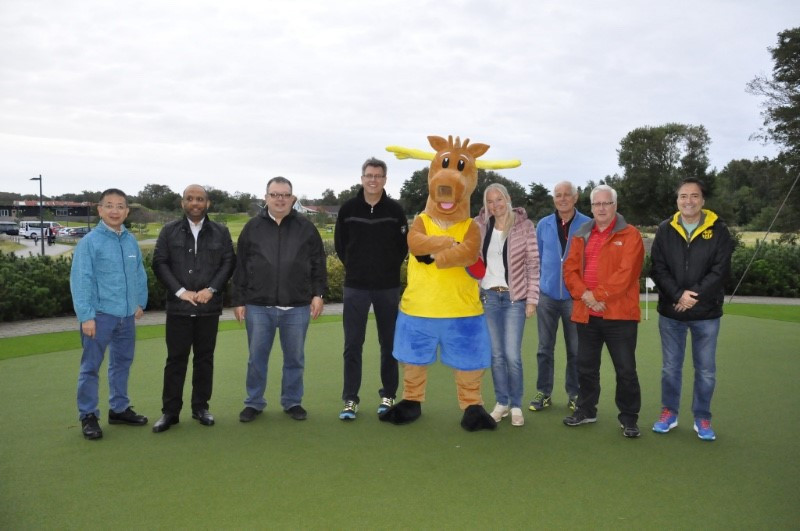 The International Table Tennis Federation (ITTF) has concluded a site inspection for the Liebherr 2018 World Team Table Tennis Championships to be held in Halmstad.

The inspection party was led by ITTF Deputy President Khalil Al-Mohannadi and chief executive  Steve Dainton, who toured all the facilities due to be used for the 54th World Table Tennis Championships in the Swedish city.

After visiting the venue, Al-Mohannadi predicted the event would build on the success of this year's event in Düsseldorf.

"We were pleased and impressed with the progress the Organising Committee is making, and we strongly believe that the event will be able to build on the momentum of the 2017 edition to make new records," he said.

"The venue and facilities are great and we are excited to see the hosts put their Swedish twist on the biggest table tennis event on earth."

The main hall, where the world champions will be crowned, will have three tables, which will all be produced live for ITTF’s global television rights holders over the eight-day event due to take place between April 29 and May 6 next year.

An elaborate sports presentation plan will ensure that the tens of thousands of fans expected to flock in to the Halmstad Arena will be treated to a table tennis show that they will never forget.

"We feel very relaxed and comfortable after our visit to Halmstad, not only due to the awesome hospitality the locals have shown us, but mainly due to the plans and preparations presented to us for next year’s Liebherr 2018 World Team Table Tennis Championships," said Dainton.

Stressing that "a lot of work"remained to be done in the final months, he claimed that it was important for fans to get tickets when they were released in November, due to limited capacity and hotel places.

The top 24 teams will make up the Championship Division which will battle to be World Team champions.