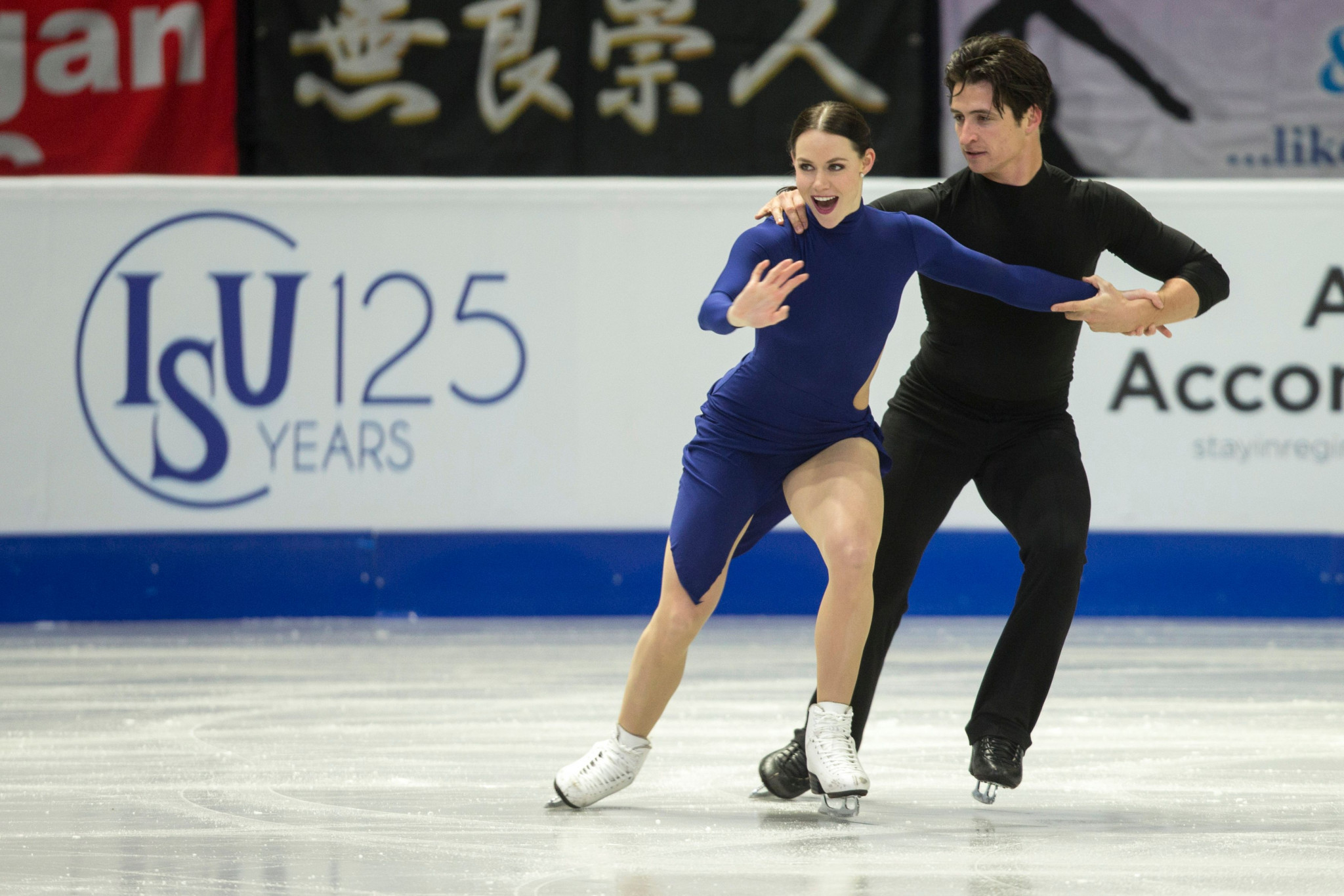 Three-time reigning world champions Tessa Virtue and Scott Moir will be aiming for their seventh Skate Canada International ice dance title when they compete in front of a home crowd at the upcoming International Skating Union (ISU) Grand Prix of Figure Skating event in Regina.

The pair are among the top skaters on the entry list for the two-day event at the Brandt Centre, where action is scheduled to begin tomorrow.

Virtue and Moir, winners of the ice dance event at their home Winter Olympic Games in Vancouver in 2010, made a comeback to the sport last season in the hope of competing at Pyeongchang 2018.

It surprised the skating world, with the pair having retired after winning silver medals in the ice dance and team event at Sochi 2014.

After a two-year competitive hiatus, Virtue and Moir went undefeated in the 2016-2017 campaign and captured their third world title in Finland’s capital Helsinki in March.

Both insist they are ready for the expectation likely to be put on them as they begin their bid to reclaim the Olympic title.

"We had a great summer and a great fall and we’re just excited to get back in the Grand Prix season and kind of get the season going," Moir said.

"We love doing early season competitions like the Autumn Classics, but this is where the season really begins for us.

"It’s a big competition and we have to be on our A game.

"We’re super excited, but we know we have work to do.

"We can’t wait to see what happens here."

Competition for Virtue and Moir is expected to come from fellow Canadians Kaitlyn Weaver and Andrew Poje and 2014 Four Continents champions Madison Hubbell and Zachary Donohue of the United States.

Other competitors include 2014 world junior champions Kaitlin Hawayek and Jean-Luc Baker of the US and 2017 world junior silver medallists Alla Loboda and Pavel Drozd of Russia.

Loboda and Drozd will be making their debut at a senior-level ISU Grand Prix of Figure Skating event.

The US’ Jason Brown, Japan’s Takahito Mura and Czech Republic’s Michal Brezina are in the mix for medals as well.

This year’s Four Continents bronze medallists Liubov Ilyushechkina and Dylan Moscovitch of Canada will also be hoping for a podium finish, along with 2017 European bronze medallists Vanessa James and Morgan Ciprès of France.

ISU Grand Prix finalists Cheng Peng and Yang Jin of China and Natalia Zabiiako and Alexander Enbert of Russia are other pairings likely to be in contention.

The 2017-2018 ISU Grand Prix of Figure Skating series consists of six events and culminates with the final in Japanese city Nagoya from December 7 to 10.

The top six qualifiers in each discipline will proceed to the final.