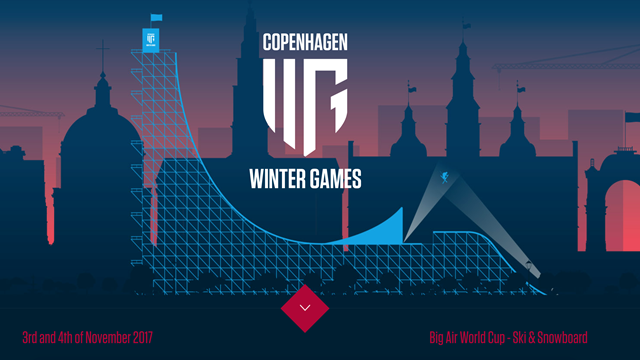 The International Ski Federation (FIS) Big Air World Cup in Danish capital Copenhagen next month has been cancelled due to poor ticket sales.

Competition in both freestyle skiing and snowboarding was scheduled to take place on November 3 and 4, with the event opening the season for both disciplines.

Street-food and music were planned around the World Cups as part of a wider event called the Copenhagen Winter Games.

However, Michael Fugmann, the organiser of the Games, said the World Cup had now been cancelled with "great regret".

"We cannot complete the event due to lack of ticket sales," he said, according to TV2.

"We have been trying to create a new type of event that would reconcile the best of sport and culture, but we have had to realise that ticket sales are not satisfactory at all.

"Therefore, we have had to pull the brake now and cancel the event."

Big air competitions can be held in city centres where ramps can be constructed.

TV2 reported that a 50 metre high structure and 800 tonnes of snow would have been used in Copenhagen.

The news is a blow to the FIS in the run-up to the Pyeongchang 2018 Winter Olympics, where ticket sales have also been a problem across every sport at the Games.

Snowboarding big air will make its Olympic debut in the South Korean county.

A statement on the FIS website said the World Cup had been cancelled due to "unforeseen organisational matters".