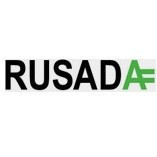 Russian drug testing statistics for 43 sports have been published by the World Anti-Doping Agency (WADA) in a bid to show "transparency" as they continue a process to reintegrate the world's largest country.

In total, 2,278 tests were collected between January and mid-September of this year.

Of these, 966 have been taken since the Russian Anti-Doping Agency (RUSADA) re-assumed management of their resting programme on July 17.

A total of 65 per cent of these tests were conducted out-of-competition in comparison with 35 per cent in-competition.

"To ensure greater transparency of the RUSADA testing programme, in September 2017, the WADA Executive Committee and RUSADA agreed that WADA would start reporting RUSADA’s testing statistics on its website," a WADA statement published alongside the statistics said.

"Accordingly, we outline in the table below the number of tests conducted by Sport, In- and Out-of- Competition, from 1 January until 15 September 2017.

"Going forward, WADA will publish the same statistics on a monthly basis."

The data shows a large discrepancy between different sports.

Aquatics, rowing and canoe/kayak also saw very high levels of out-of-competition, in particular, with respective hauls of 120, 112 and 152 tests collected in the three sports.

Weightlifting's figures of 35 in-competition and 42-out-of-competition seem proportionally lower, while far smaller totals were also collected for the Paralympic sports.

There were no details provided as to how many positive results emerged from the testing.

There are also no details about whether tests were collected from "closed cities", something which has been difficult past, or if other challenges were experienced.

Richard Ings, the former chief executive of the Australian Sports Anti-Doping Authority, accused WADA on Twitter of publishing only a "helicopter view" of testing in Russia.

RUSADA were declared non-compliant by WADA in November 2015 following the publication of a report they commissioned by Richard Pound which found evidence of state-supported doping in the country.

Two International Olympic Committee investigations are currently exploring the evidence and Russia could be banned from Pyeongchang 2018, although this is considered unlikely.

WADA recognising RUSADA as compliant again is seen as one of the main barriers to be overcome to ensuring Russia is allowed to compete at Pyeongchang 2018.

UK Anti-Doping have assisted RUSADA in their testing programmes since January.