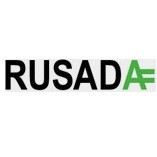 RUSADA director general Yury Ganus revealed that the audit was carried out between Wednesday (September 27) and today.

The audit included all of RUSADA's affiliated departments.

The report is now due to be sent to WADA’s Compliance Review Committee, a group due to meet at the end of next month.

They will present their findings to the WADA Foundation Board meeting in Seoul on November 16.

The Board will then decide whether or not to declare RUSADA compliant again.

"The audit was carried out in line with standard procedures and inspectors were provided with all requested information," Ganus told Russia's official state news agency TASS.

"RUSADA has no right at the moment to provide more detailed commentaries on the issue."

RUSADA were declared non-compliant by WADA in November 2015 following the publication of a report they commissioned by Richard Pound which found evidence of state-sponsored doping in the country.

Two International Olympic Committee investigations are currently exploring the evidence and Russia could be banned from Pyeongchang 2018, although this is considered unlikely.

WADA recognising RUSADA as compliant again is seen as one of the main barriers to be overcome to ensuring Russia is allowed to compete at Pyeongchang 2018.

Since January anti-doping carried out by RUSADA has been under supervision of UK Anti-Doping.