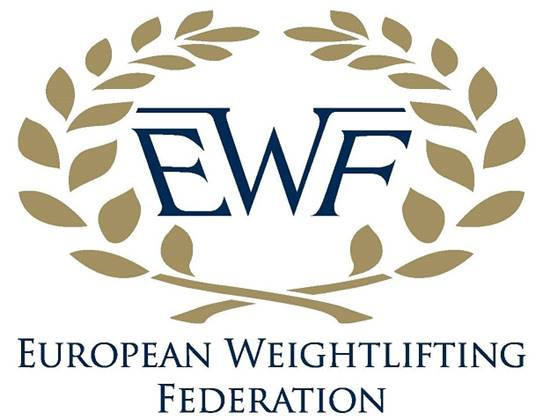 European weightlifting is on "a new pathway" in its efforts to change the culture of doping in parts of the continent that has blighted the sport.

Collaborations are planned with the European Union (EU) and the Italian Olympic Committee (CONI).

There will be an online education programme for athletes, and a stronger focus on scientific research that will feature a new system of certification for coaches of children and youths.

There will also be a new centre of operations for coach and athlete education, the main focus of the anti-doping strategy, when a European Weightlifting Academy opens in Rome in January, with CONI support, and hosts its first seminar in February.

The European Coach Academy will be launched at that meeting in the Italian capital, from February 2 to 4, when there will also be a conference for youth coaches called "Coaching the next Generation".

"The culture has to change, and education is the key," said Antonio Urso, the Italian President of the European Weightlifting Federation (EWF).

"One single coach can pass on knowledge to a lot of people, so we must educate them.

"We must work as a team to change the culture of doping.

"Europe is paying the biggest price because seven of the suspended nations are from here."

His final comment was a reference to the imminent suspensions, for one year, of nine nations for repeated doping offences.

All nine - Russia, Kazakhstan, Armenia, Azerbaijan, Ukraine, Belarus, Moldova, China and Turkey - had three or more positives in the International Olympic Committee's (IOC) retesting of doping samples from the 2008 and 2012 Olympic Games.

They will begin their suspensions this week once they have received letters from the International Weightlifting Federation (IWF).

The seven European nations are competing in their final event before the bans start, the European Junior and Under-23 Championships which began here today in Durres, Albania.

Athletes who are about to spend a year in suspension won three of the four junior events on day one, two of them from Belarus.

Italy's Alessandra Pagliaro was the only champion from a "non-banned" nation after she won the women's 48 kilograms.

European Athletics will launch an online programme called "I Run Clean" in January and the EWF plans something similar,"Clean Lifting".

It will see weightlifters register and complete an online anti-doping course before being allowed to compete.

The new academy and the focus on education put the EWF "on a new pathway, a new beginning," said Colin Buckley, chair of the EWF's Coaching Research and Scientific Committee.

He will discuss Europe's plans with the IWF next month at a meeting before the 2017 World Championships begin in Anaheim, California.

"Education must include both athlete and coach," said Buckley.

"The focus will be on blended learning, online education and face-to-face training and workshops."

Urso stressed the importance of training children from their early years.

A 2016 review by the European Academy of Paediatrics highlighted the benefits of strength training for children in their pre-puberty years, and the EWF's new approach will focus on coaching technique and movement to youngsters.

At the first Academy get-together in Rome, the EWF will sign an agreement with the European Agency of Education, recognised by the EU, to certificate coaches at six levels.

Many parents in all parts of the world erroneously believe that weightlifting is bad for children, while "some countries have no ethics on the way to train children," Urso said.

As President of the Italian Weightlifting Federation, Urso was delighted to see Pagliaro win the first event of the week in Durres.

Pagliaro was best in the snatch and the clean and jerk for a winning total of 160kg, in front of Turkey's Gamze Karakol and Ayse Dogan.

In the day’s other women's event, at 53kg, Liudmila Pankova of Belarus totalled 186kg to win from Mariia Hanhur of Ukraine and Kristina Novitskaia of Russia.

Belgium's Nina Sterckx, the youngest competitor of the week at 15 years and three months, and a silver medallist at 48kg in the European Under-15 Championships last month, had a career-best total of 151kg despite missing two of her snatch attempts.

She is coached by Belgium's top lifter in recent years, Tom Goegebuer.

In the men's 56kg Turkey's Caner Toptas, the European under-17 champion, was beaten by 1kg by Ukraine's Dmytro Voronovskyi who managed 239kg).

Another Ukrainian, Pavlo Zalipskyi, was third.

The biggest cheers of the day were for local hero Arberi Cerciz in the men's 62kg.

The 20-year-old Albanian posted the best lifts of his life to finish second in the snatch, third in the clean and jerk and second overall.

The easy winner was another Belarussian, Henadz Lapsteu, who had narrowly missed a medal at this year's Junior World Championships.

Mau lifted 44kg more in the clean and jerk than the snatch.