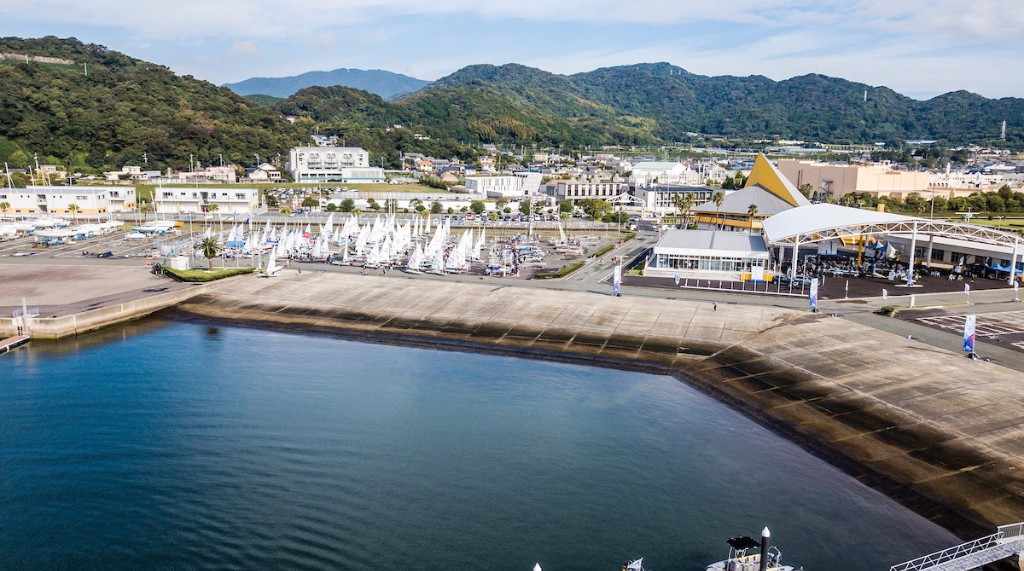 A lack of wind forced the cancellation of the entire programme of racing at the Sailing World Cup in Gamagori today.

World Sailing claimed that the Japanese coastal town was suffering "uncharacteristically bad weather", which meant there was no racing in any of the eight fleets.

Action looked as though it would start in the men's 49er class but the conditions "did not allow for competition" once the sailors had got to the racing area.

It means the standings remain the same as following the second day of the event, the first World Cup to be held in Japan.

The wind had been affecting the opening days of competition and had prompted the cancellation of several races.

"We are in between seasons here in Japan but it is usually warmer at this time of year in Gamagori," said Japanese 49er competitor Hiroka Itakura.

"You can normally expect a good sea breeze, so the current conditions are quite strange.

"Gamagori is my home town and I was born here.

"This venue is very special to me and we would love to win a gold medal at this event."

Gamagori is not hosting sailing at the 2020 Olympic Games in Tokyo as the sport is due to be held in Enoshima.