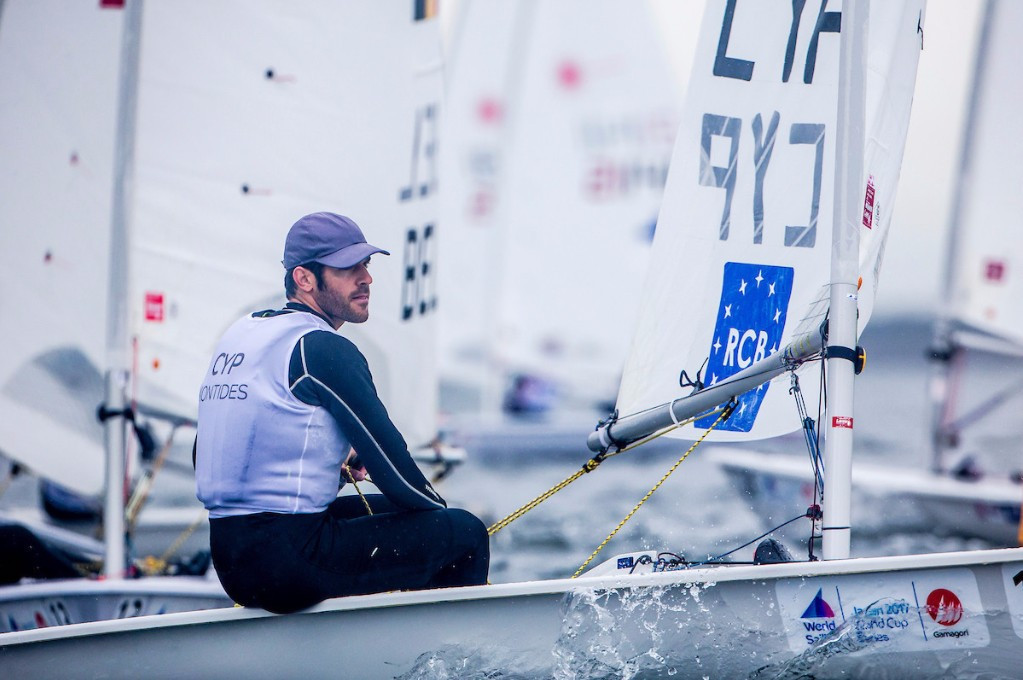 Pavlos Kontides of Cyprus is locked in a three-way tie for top spot on the laser leaderboard after the first day of racing at the Sailing World Cup in Gamagori.

Kontides, the 2017 world champion, finished seventh and fourth in the two races held in the classification on the opening day of action at the first World Cup event to be held in Japan.

The Cypriot sailor has 11 points, the same as Lorenzo Chiavarini of Britain and Italy's Francesco Marrai.

Tom Burton of Australia, the reigning Olympic champion, is fourth, despite winning the first race of the day.

Burton followed up the bullet in race one with a disappointing 14th place finish, meaning he sits outside of the top three going into tomorrow's races.

"It was very light, shifty and patchy," said Kontides.

"So, it was easy to get back into the fleet if you were behind.

"We needed to keep the focus to the very end and fight for every boat place.

"It's still early days and we have lots more tricky conditions to follow as it's a venue none of us have experienced before."

Monika Mikkola of Finland did enough for second place and third went to American Erika Reineke.

There is also a three-way tie in the women's 470 classification as Poland's world champions Agnieszka Skrzypulec and Irmina Mrozek, Switzerland's Linda Fahrni and Maja Siegenthaler and Italy's Benedetta Di Salle and Alessandra Dubbini are locked in a tense battle for the lead.

The Polish and Swiss teams both took a win and a third-place apiece, while the Italian duo claimed a pair of seconds.

All three teams have four points.

Mateo Sanz Lanz of Switzerland began the men's RS:X event in ominous fashion, winning both of the two races held today to open up a five-point lead over nearest challenger and reigning world champion Bing Ye of China.

Lanz has two points, with Bing second on seven.