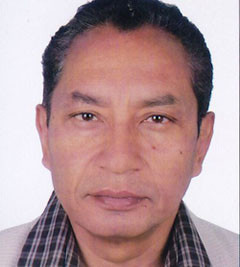 Prakash Shumsher Rana has been re-elected President of the Nepal Taekwondo Association (NTA) at the organisation's General Assembly in Bara District.

Rana will lead an 18-member Executive Committee, which was unanimously elected for a four-year term at the third edition of the NTA's General Assembly.

Taekwondo was introduced in Nepal as a martial arts discipline in 1983, when a group of practitioners performed a taekwondo demonstration publicly.

Prior to the performance, which was initiated by Gurung, Nepalese citizens were banned from practicing all martial arts.

Following its success, the Nepalese Government realised the beneficial aspect of introducing taekwondo into disciplinary forces, including the police and army.

The sport was later accepted as an open discipline for every Nepalese citizen.

Initially, taekwondo was registered as an associate member of the Nepal Martial Arts Association.