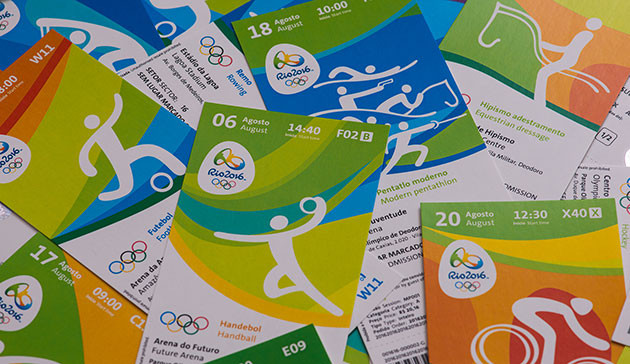 A new inquiry into the nine-year deal between the Olympic Council of Ireland (OCI)  and British ticketing firm THG has been ruled out by the Irish Government.

Officials from the Department of Sport and the Committee on Sport of the Oireachtas, Ireland's Parliament, have discussed the issue after having requested Minister for Sport Shane Ross  to investigate the agreement between the OCI and THG.

The agreement was reached by former OCI President Patrick Hickey but was not approved by the organisation’s Executive Board, the Irish Times reported.

Hickey stepped aside last year after the best part of three decades leading the OCI, following his arrest as part of a Brazilian inquiry into the handling of tickets at last year's Olympic Games in Rio de Janeiro.

THG was not granted permission to serve as Ireland’s authorised ticket reseller for Rio 2016 and the organisers of Pyeongchang 2018 have also rejected the idea of THG taking the role.

The Irish Times adds that it is understood the department officials told Committee members the OCI was attempting to break the contract with THG.

It advised members to give the organisation the space and time to do that and said opening an inquiry would delay or complicate the process.

An official inquiry into the Rio 2016 ticketing controversy was carried out by Justice Carroll Moran but he did not secure the cooperation from five of the six key players in the matter.

The Committee wanted the judge to carry out another module focusing specifically on the OCI-THG deal, something Ross had already expressed a reluctance to do.

The Committee also recently received information from the Office of the Director of Corporate Enforcement (ODCE) advising it the ticket arrangement between the OCI and THG may have amounted to deception and breached criminal law.

The ODCE was asked to consider the findings of Justice Moran’s inquiry, according to the Irish Times.

This found that THG helped set-up a firm named Pro10, to act as the OCI's authorised ticket reseller for Rio 2016.

It accused Hickey and THG owner Marcus Evans of working solely for "mutual financial benefit" to both organisations.

The ODCE said this was "the most serious" aspect of the report.