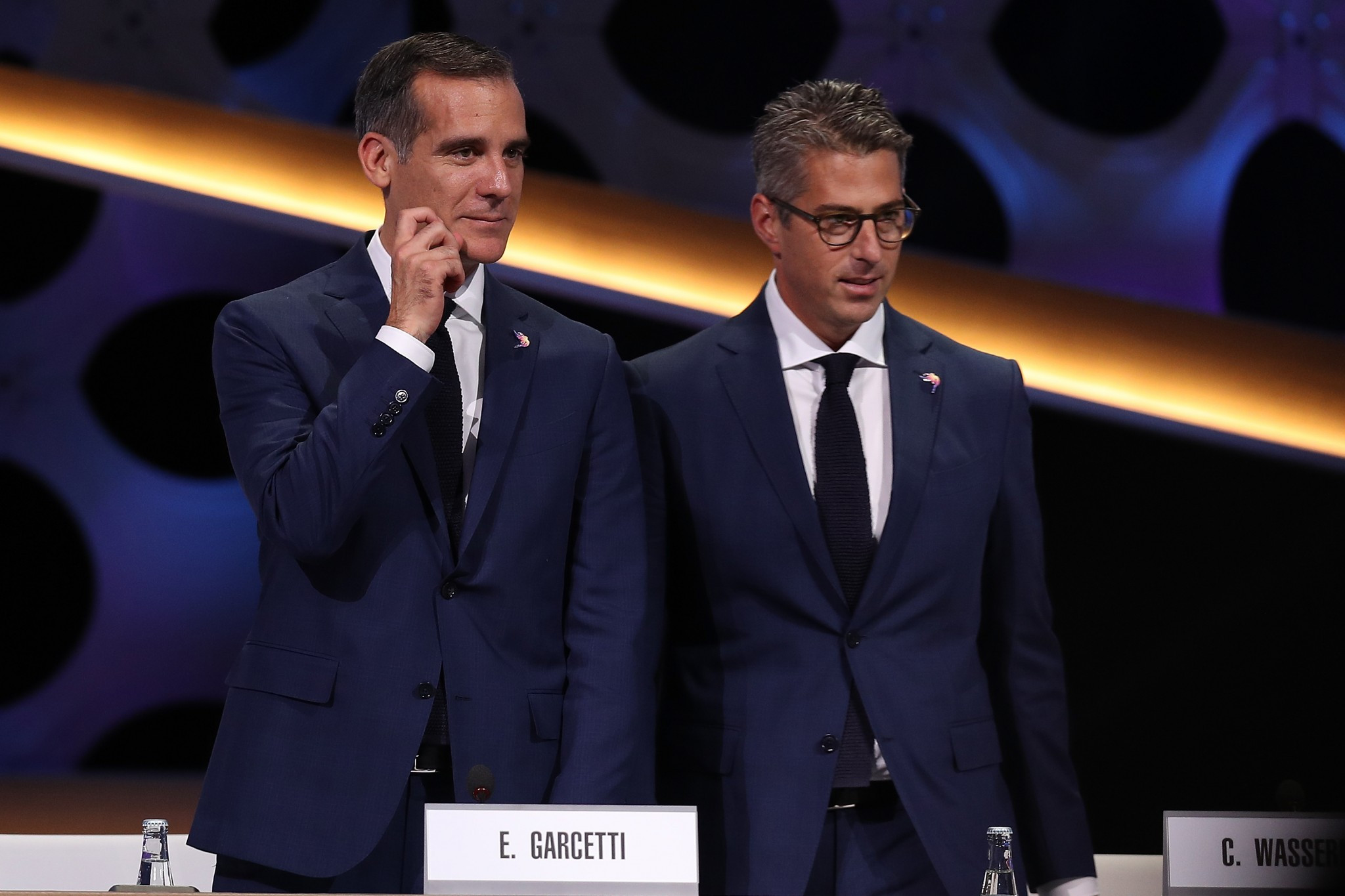 Los Angeles has been officially awarded the 2028 Olympic and Paralympic Games by the International Olympic Committee (IOC) during the Session here today.

The Session unanimously ratified the tripartite agreement between Paris, Los Angeles and the IOC by a show of hands.

The decision was unanimous as none of the members present and eligible to take part went against the vote.

Garcetti then signed the Host City Contract to mark the conclusion of the rubber-stamping of the city as hosts of the 2028 Olympics and Paralympics.

It provided official confirmation that Los Angeles will stage the Games for a third time having hosted the 1932 and 1984 editions.

The ratification of the agreement, given approval at an Extraordinary IOC Session in Lausanne in July, followed a presentation from Los Angeles in which they declared their hosting of the 2028 Games "begins today".

Dressed in a suit and Nike Air Force One trainers, Garcetti claimed their willingness to host the later event "was a reflection of our commitment" to the IOC and the Olympic Games.

Following the unanimous approval of the Session, Garcetti said: "This is a momentous day for the people of Los Angeles and the United States.

"For the first time in a generation, we are bringing the Games back to the City of Angels.

"Los Angeles loves the OIympics because the Games have lifted up our city twice before.

"But to us the Games have always represented an even brighter future and the chance to harness the power of sport and the Olympic Movement again to inspire the next generation – for the next 11 years and beyond.”

Garcetti also insisted the bidding process had been "clean and clear" and praised the cooperation the city had enjoyed with Paris 2024 and the IOC.

"Our experience has been superb," he said.

"We were told the IOC would be unflexible, but their flexibility has shown here.

"We were told about the tainted process, but this has been clean and clear.

"Almost every city in the world could do the Olympics.

"Fit them to your city rather than fit yourselves to the Olympics.

"Don't do things which are nothing to do with the Olympics and put them into the budget."

Los Angeles 2028 chairman Casey Wasserman their 11-year deal with the IOC was the "ultimate validation of our new Games for a new era and Los Angeles' vision for the future.

"As a team and as a city, we could not be more excited to be entering into this long-term partnership with the Olympic and Paralympic movements, and with one of the great cities of the world, Paris," he said.

"This will be an extraordinary collaboration that secures the future of the Movement for generations.

"Now Los Angeles 2028 has a golden opportunity, with four more years to prepare and a $2 billion (£1.5 billion/€1.7 billion) contribution from the IOC, to redefine how hosting the Games can benefit host communities.”

The IOC Evaluation Commission had confirmed Los Angeles met all the requirements to host the 2028 Olympics and Paralympics earlier this week.

It came after they released their report on Monday (September 11).

insidethegames understands the Commission conducted a telephone conference which lasted just 90 minutes to produce a report on Los Angeles 2028.