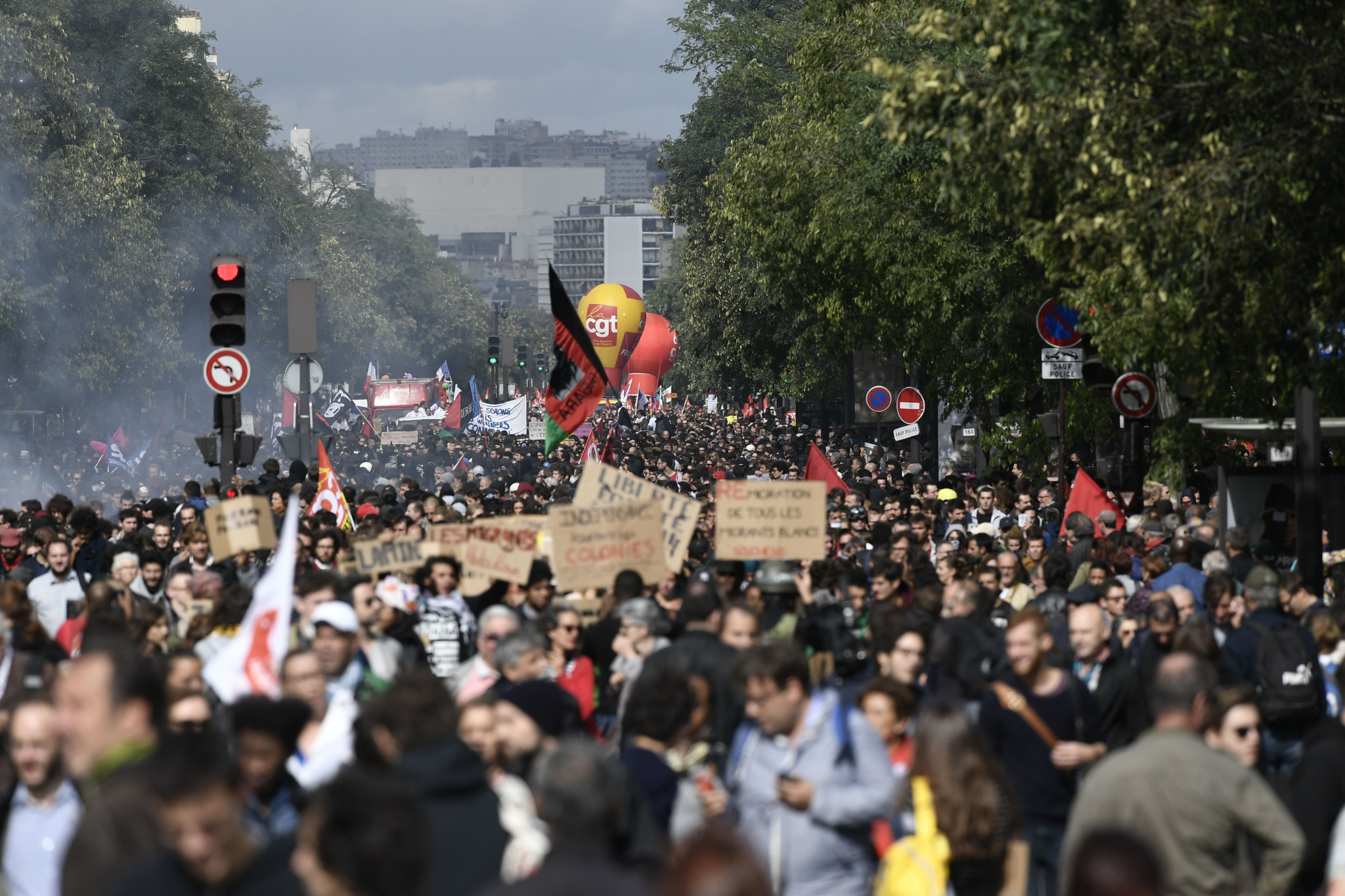 Nearly a quarter-of-a-million protesters have taken to the streets across cities in France to demonstrate against President Emmanuel Macron's labour reforms on the eve of Paris being officially awarded the 2024 Olympic and Paralympic Games here.

In what represents the first major challenge to Macron's Presidency since he was elected in May, thousands of French residents, including in Paris, marched in protest at his controversial reforms.

Macron was the highest-profile official to attend the International Olympic Committee (IOC) Extraordinary Session in Lausanne in July, where the double-award of the 2024 and 2028 Games to Paris and Los Angeles was agreed.

The French President was planning to travel to Lima for the Session this week but then cancelled because the meeting provides nothing more than a rubber-stamping of Paris' hosting of the event.

Macron has instead visited the Caribbean islands of St Martin and St Barts, French territories among the worst affected by Hurricane Irma.

A total of 13 people were arrested across the country during the protests in France.

In the French capital, objects were thrown at police and a glass advertising hoarding was vandalised.

According to the French Interior Ministry, 223,000 people were involved.

Trade unions claimed that this number could have been as large as 400,000.

Two of France's largest unions did not participate in the protests, however, as they indicated they were willing to compromise with the reforms put in place.

The demonstrations began in Marseille, Perpignan and Nice in the south, Bordeaux in the west and Le Havre and Caen in the north.

Protesters are unhappy with the new labour laws giving companies more flexibility in negotiating wages and conditions directly with employees.

They also reduce the amount of money paid in damages for unfair dismissal.

Macron also upset French residents last week with a comment he made during a visit to Greece and the protests were also thought to be aimed at his style of governing.

"I am fully determined and I won't cede any ground, not to slackers, nor cynics, nor hardliners," he said.

Lowering unemployment in France from 9.5 per cent to seven per cent was among the key pledges by Macron when he was elected.

Further demonstrations are planned for September 23.