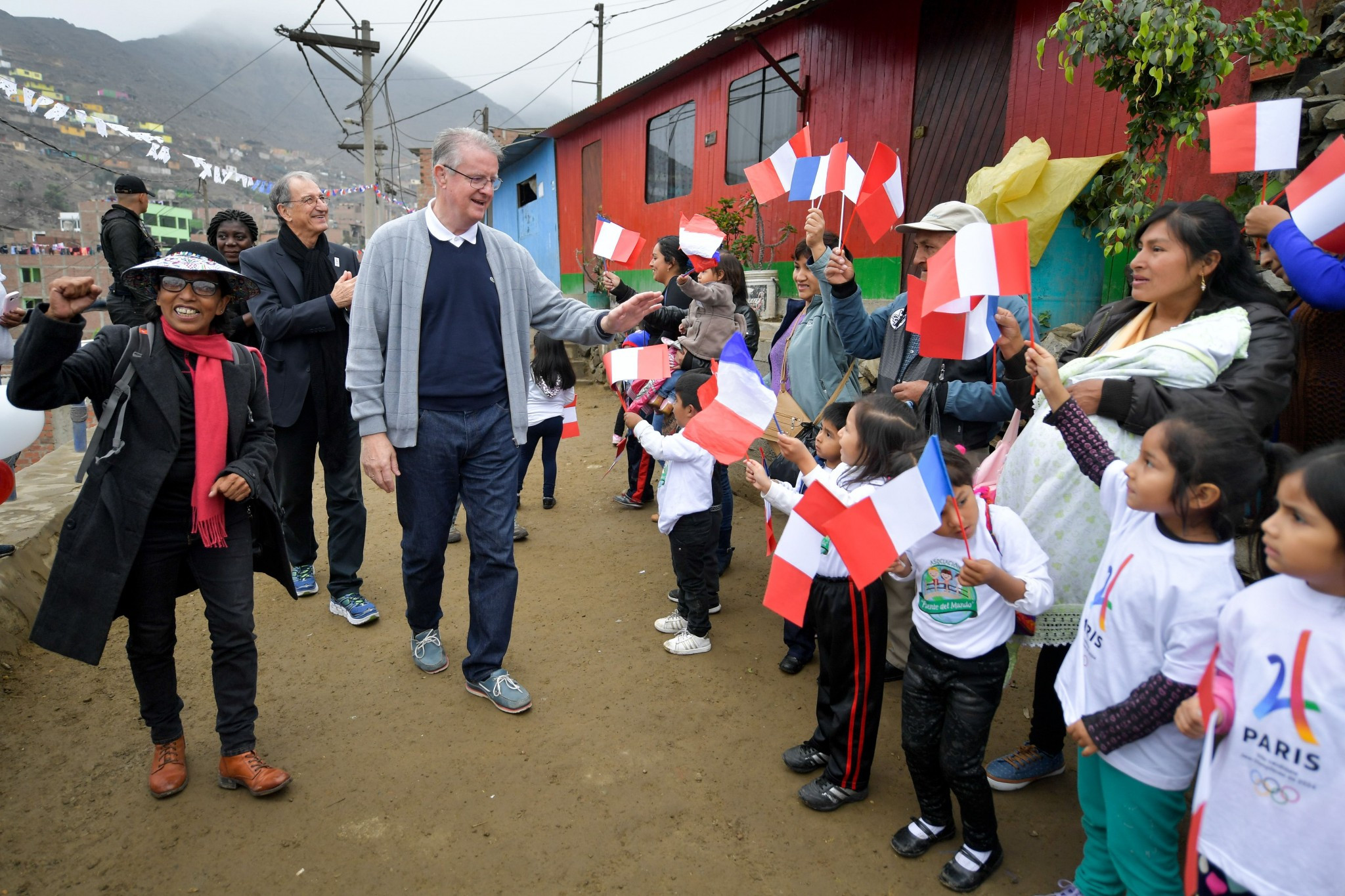 Paris 2024 co-chairman Bernard Lapasset and French National Olympic and Sports Committee (CNOSF) President Denis Masseglia have pledged to continue to deliver projects around the world as the French capital prepares to be awarded the Olympic Games.

The pair were making a visit to the region of Collique in Lima, an area considered among the poorest in the Peruvian city.

They were supporting a joint project by Pérou Amitié Solidarité and Asociacion Puente Del Mundo, French and Peruvian organisations seeking to provide education through sport.

Paris 2024 have been assisting the project during the bid campaign and Lapasset vowed to continue to ensure they would continue to offer support in the coming years.

"We want this project to go beyond the bid," Lapasset said.

"This project is about society.

"We want to have useful Games, with a vision we can share with everybody.

"I think we can create opportunities the population can use.

"Both in France and in other countries.

"We believe sport has the power to unify people and make things happen, so we were happy to work with you and bring these sport materials and equipment.

"We think sport can be great for communication and this is a pillar of our message."

The athletes helped dropped off sporting equipment to the programme, visting a local school aided by the project.

The association’s thanked Paris 2024 for their support, which included helping to construct a wall at the school this year.

Masseglia highlighted that the support offered in the form of equipment from the CNOSF and France’s National Institute of Sport, Expertise and Performance fitted with their slogan "Made for Sharing".

"The message is very important for us, we need to make sure our message of sharing through sport and education through sport, will last after the [IOC] Session," he said.

"It is important to keep this message alive and keep it strong.

"This Session is just the first step of a new chapter.

"We will continue to have this kind of project all around the world.

"We will shape this project with the Olympic family and bring it to the world.

"It is ambitious, but this is our goal, we are not bidding for an event only in seven years but what we imagine as a project of society.

"When you come here, you feel the impact sport can have on life, even more so in a place like this than in Paris.

"We are happy to be here and to engage with them."

Paris 2024 have also been involved in similar projects in Haiti, which was visited by co-bid chairman Tony Estanguet, and Ndongue have previously supported a programme in Kosovo.