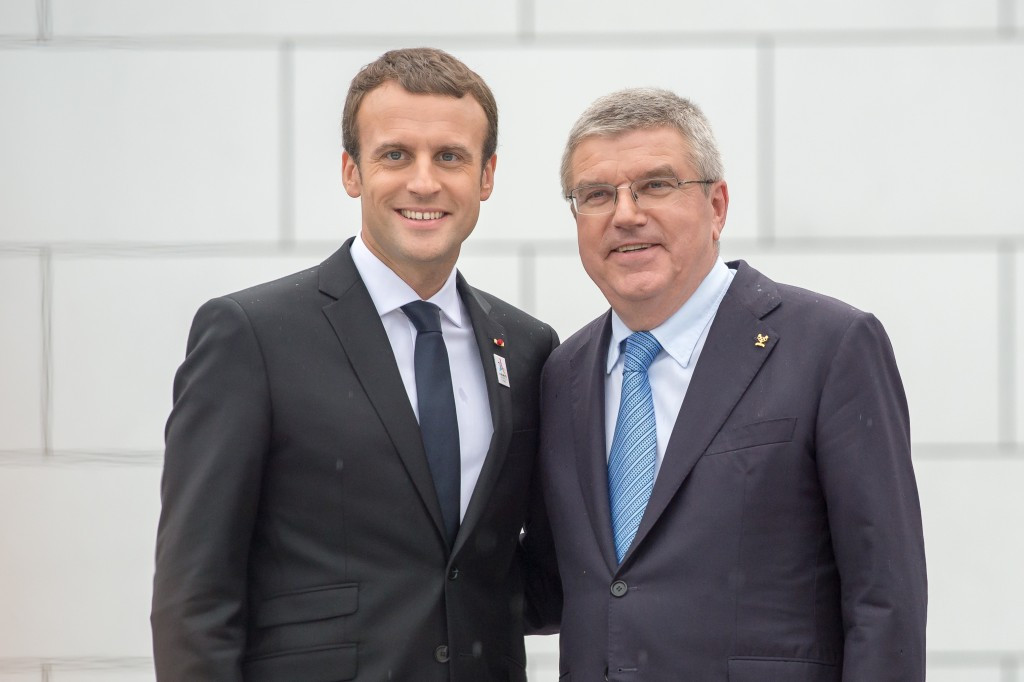 French President Emmanuel Macron has stopped short of celebrating the announcement by Los Angeles that they have reached a deal to host the 2028 Olympic and Paralympic Games but hailed the decision by the United States city.

Los Angeles' statement means that Paris is certain to be awarded the 2024 Olympics, an event that will mark the centenary of the last occasion the French capital hosted the Games.

"France notes the decision of Los Angeles to put forward its candidature for 2028 and to reach an agreement with the IOC and Paris," a statement from Macron published on the Champs-Élysées website said.

Macron has become the public face of Paris' bid since his election as French President in May and seemed to signal that he would still travel to Lima for the IOC Session on September 13 where they and Los Angeles will be formally confirmed as hosts.

He had been part of the Paris 2024 delegation that made a presentation at the IOC Extraordinary Session in Lausanne last month where the decision to award two Olympic Games together was officially taken.

"The President of the Republic, Emmanuel Macron, welcomes this very important step towards obtaining the Games for France in 2024 and remains very committed to win the candidacy of our country with all the French, sportsmen and all the partners involved in this application," the Champs-Élysées statement said.

Los Angeles Mayor Eric Garcetti revealed yesterday when announcing the multi-billion dollar he had negotiated with Bach and the IOC for his city to host the Games in 2028 that he had texted Macron over the weekend to keep him informed of the discussions.