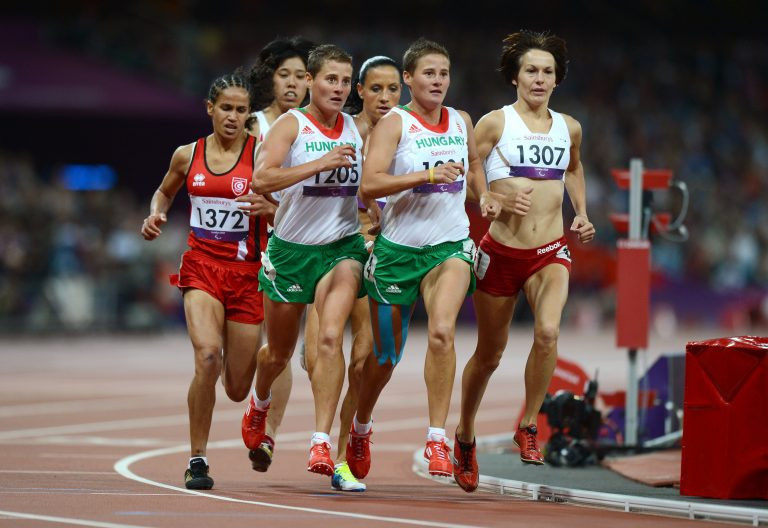 A general motion has been approved today for a long-term plan to be presented on increasing the number of Summer and Winter Paralympic Games medal events for persons with intellectual disability.

Its approval means the plan should be presented by the IPC Governing Board, working in collaboration with the International Sports Federation for Persons with Intellectual Disability (Inas), no later than the 2019 General Assembly.

A total of 75 members voted in favour of the motion, with 61 against and eight abstaining.

The required absolute majority of 69 for the motion to be passed was therefore achieved.

In 1996, a small programme for athletes with an intellectual disability was included at the Paralympic Games in Atlanta before a larger programme including athletics, basketball and swimming was included at Sydney 2000.

Following a period of absence from the Paralympic programme, events for athletes with an intellectual impairment were re-instated by the 2009 IPC General Assembly.

Around 120 athletes went on to compete in athletics, swimming and table tennis at London 2012.

"We have seen many fantastic slides and films showing the importance of our Movement," SPC President Margareta Israelsson said.

"We've seen performances, happy faces and medal events, but these scenes are not open to all athletes.

"We're all aware of the unfortunate events in the past that threw out our athletes with intellectual disability from the Paralympic Games.

"They are back in some sports, but still there are very few medal events for these athletes.

"In our motion, we want the IPC to develop a long-term plan to increase these events."

Israelsson said that yesterday's presentations from candidates for the IPC Governing Board, which is scheduled to be elected tomorrow, showed that there is a wish to "make change and reach out to more athletes".

"This is a great possibility to take another step towards Paralympic Games where more athletes with intellectual disabilities can inspire and excite the world," she added.

"This year, 2017, marks the 10th anniversary of the reformed Inas-IPC working group.

"We hope to see a long-term plan to increase the Paralympic medal events for persons with intellectual disabilities.

"Let me end by saying that Sweden is naturally prepared to contribute in any way in this work, if so asked for."

IPC chief executive Xavier Gonzalez presented the IPC Governing Board’s position on the motion, before it was passed.

"The Governing Board did not oppose to the aspiration included in this motion, but it’s not also able to support the motion as it’s worded," he said.

"As we presented during the Conference, the Paralympic Games programme will be developed in accordance with the guiding principles and the process presented two days ago.

"And also, the Board points out that it is ultimately the responsibility of the IF [International Federation] and Inas to develop the sport programme for athletes with intellectual impairment.

"This motion can only be actioned in accordance with the guiding principles, as developed by the Paralympic Games Committee, and cannot be carried out in isolation.

"The IPC represents the entire Movement and has a responsibility to ensure that there is a fair balance in the presentation of both different impairment groups on the Paralympic Games."

In June, it was announced that new impairment groups for Down's syndrome and autism will be trialled by Inas.

The move was hailed by the governing body as a "huge development".

The first competition to feature the new groups will be the 2017 Inas World Table Tennis Championships in Hradec Králové in the Czech Republic, due to take place between October 21 and 29.

Australia's Robyn Smith has been nominated by Inas as a candidate for election to the IPC Governing Board.

Smith, the current Inas vice-president, is among 21 candidates standing for the 10 members at large positions.