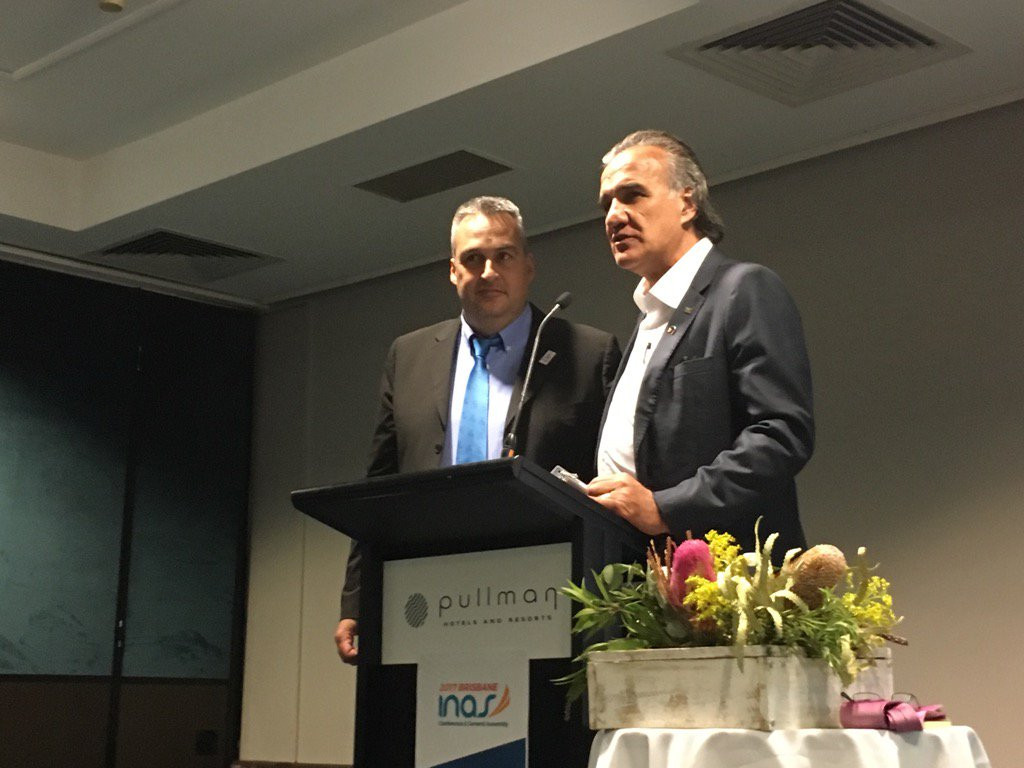 Governance structure changes described as “substantial” have been approved by the International Federation for Intellectual Disability Sport (Inas) during their General Assembly.

The organisation also elected a new President with France’s Marc Truffaut, who was their technical officer, coming into the post after incumbent Brazilian Amaury Russo withdrew from vote in Brisbane in Australia for personal reasons.

Among the changes ratified to the Inas governance system was the enhancement of the five Federation’s five continental bodies, which will also have their work become more accountable.

New roles were added to the Inas Board which saw three independent positions created to be filled by representatives from outside the organisation in order to bring in different skills and experiences.

Along with this, the membership structure was also revised.

After the amendments were voted for and confirmed, attention moved to the election of Board members.

Truffaut and Russo had been due to go up against each other in a vote for the Presidency, but before this happened, the latter pulled out of the race, ending his four-year spell in charge.

Speaking after the election, Truffaut, who is also President of French Federation Sport Adapte, said he was honoured to take over the role.

"I promise to carry the Inas banner proudly to support the incredible athletes with intellectual impairment the organization and our members work tirelessly to support," Truffaut said.

"We have a fantastic summer and winter sport programme and look forward to the pinnacle event, the 2019 Inas Global Games hosted in beautiful Brisbane just two years from now that will showcase the athletic prowess of athletes with an intellectual disability and the power of inclusion the change attitudes, perceptions and communities."

New faces on the Board were voted in with Egyptian Amal Mobadda, Mexico's Emma De La Cruz, Emma Linnea Bjorndahl of Sweden and Patrick Chan from Hong Kong becoming members-at-large for Inas.

Robyn Smith of Australia and the United States' Barry Holman were re-elected as vice-president and secretary general respectively.

The other existing Board members who were voted back into positions were Fausto Pereira of Portugal and Thailand's Paul Charnvit, who are members-at-large.