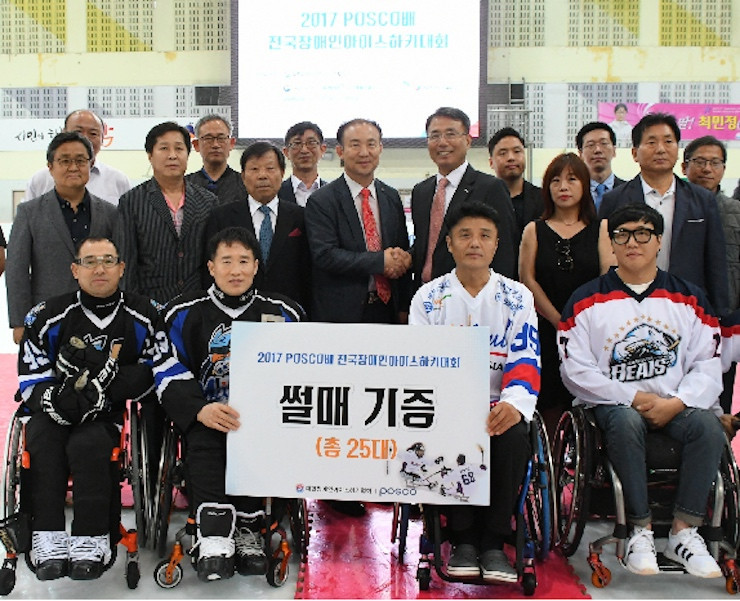 The company agreed a sponsorship deal last with the Korea Ice Hockey Association for the Disabled has now used its expertise to help provide state-of-the-art equipment for Pyeongchang 2018.

They have used the company's latest technologies in manganese and magnesium alloy to help build and donate 25 sleds for players.

The sleds are 34 per cent lighter than ordinary sleds but are improved at absorbing shocks compared to previous models, POSCO claim.

The world's fourth largest steelmaker is also a partner of Pyeongchang 2018 and POSCO Daewoo, the steelmaker's affiliate, has also sponsored the national bobsleigh and skeleton team players since 2011.

"Korea's national sled hockey team secured the third place in the World Championship Tournament in April, and the team also ranked the seventh in the 2014 Sochi Paralympics," a POSCO statement said.

"Star player Jung Seung-hwan was nominated twice as the best forward at the IPC Ice Sledge Hockey World Championships A-Pool in 2012 and B-Pool in 2015.

"But the sport itself does not get public attention.

"To help Korea's sled players and their association provide a better environment, POSCO started the sponsorship."