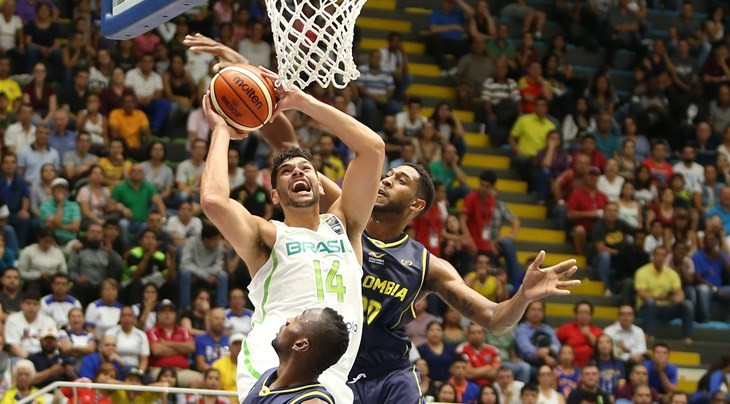 Two Group A matches began the tournament, which is being shared by Colombia, Argentina and Brazil.

The home side could not begin with victory at the Coliseo Iván de Bedout as Brazil, bidding for a fifth title and their first since 2009, prevailed.

Colombia, appearing at their first AmeriCup, were always underdogs but a patriotic home crowd helped them come close to an upset.

They had to play catch-up throughout, though, after ending the first quarter 20-17 behind.

In the end they just came up short as Brazil's Leonardo Meindl led the scoring charts with 19.

Mexico also began on a winning note at the same venue, seeing off Puerto Rico 69-66 in another close game.

Puerto Rico led 15-12 after the first quarter but the Mexicans dominated the second, scoring 27 points to their opponents' 16.

The Puerto Ricans then shaded both the third and fourth quarters but the damage had already been done.

Alex Perez topped the scoring charts for the Mexicans with 24.

The tournament will continue tomorrow with the second Group A games in Medellín.

The three group winners will advance to the semi-finals, with Argentina also guaranteed a place in the last four regardless of their performance due to their status as "main organiser".

Argentina will host both the semi-finals and finals at the Orfeo Superdomo in Córdoba.