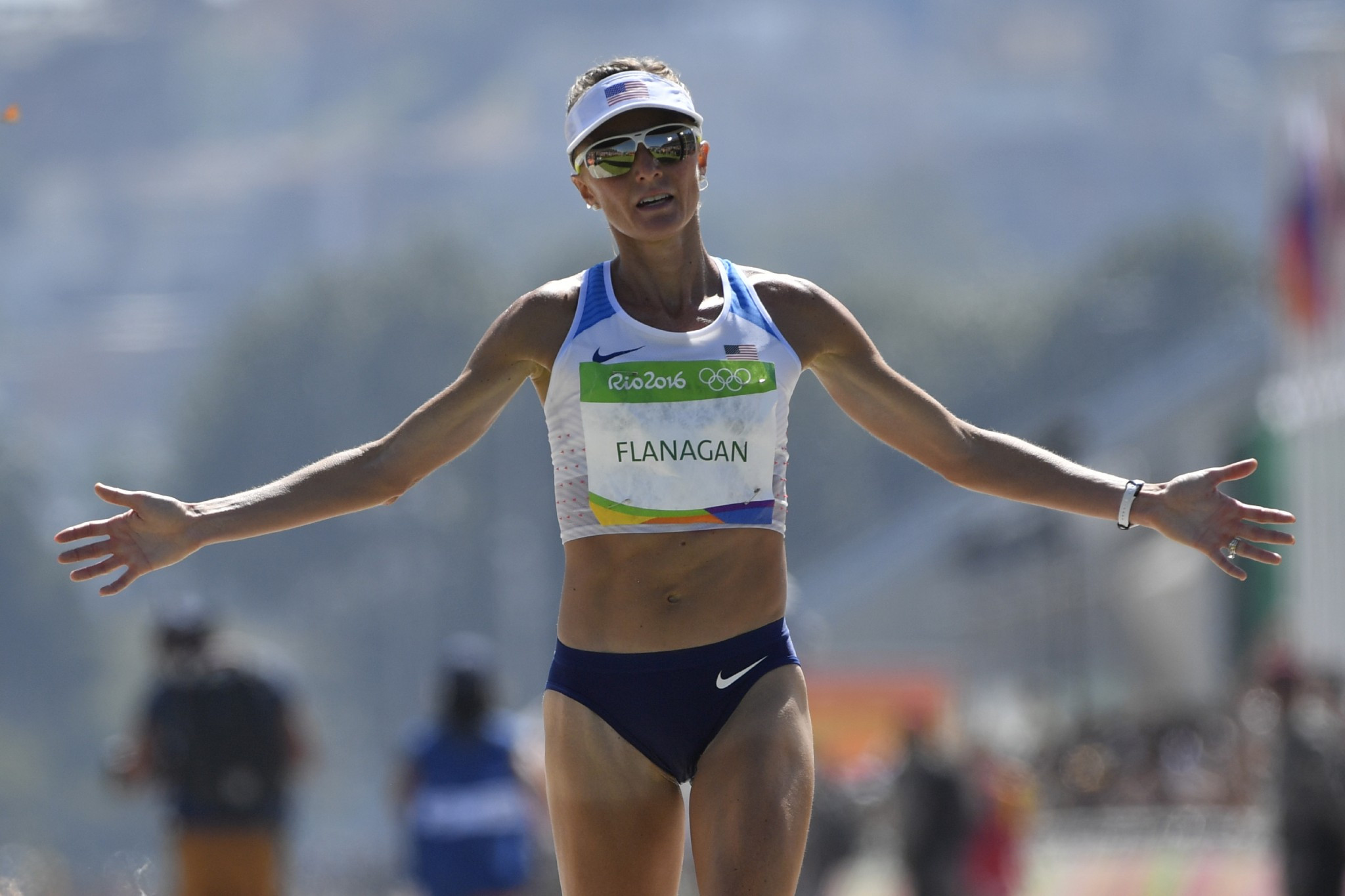 Shalane Flanagan of the United States, who has been upgraded to become the Beijing 2008 Olympic silver medallist in the 10,000 metres, was happy to receive her medal without ceremony after insisting she had "a wonderful moment" at the original award in the Chinese capital.

Flanagan has moved up on the podium following a retrospective doping positive for Turkey's Elvan Abbeylegesse.

The 36-year-old four-time Olympian told USA Today that the United States Olympic Committee had offered to hold a ceremony for her but she does not feel that she needs one.

"To be honest, I talked to my family and my coach and I said, "well, what’s important to you guys?,'" said Flanagan.

"Because I had my moment in Beijing.

"And the thing is, it was a wonderful moment - I have no regrets about it.

"I have the fondest memories of that experience of being in that stadium.

"I actually don't feel the need to change it, that experience.

Flanagan, who has competed at every Olympics since the 2004 Athens Games, and who finished sixth in last year's Rio 2016 marathon, is now the top-placing American woman in history in the Olympic 10,000m, followed by Lynn Jennings, who won bronze in 1992.

"The US Olympic Committee would like to extend its congratulations to Shalane for her outstanding performance in Beijing," said the USOC chief executive Scott Blackmun.

"She epitomises the Olympic values with her integrity, sportsmanship and unwavering dedication to competitive excellence."

Flanagan received her medal two years after she learned a retest of Abeylegesse's sample from the 2007 World Championships had tested positive for steroids.

Following the retest, the IAAF in March gave Abeylegesse a two-year suspension and stripped her results from August 2007 to 2009.

Like many athletes, Flanagan faces doubts about the competitions she enters.

"I feel like I've worked really diligently over the last seven years trying to prove myself as a marathoner to the world, and to myself.

"I can honestly say, I don't feel like I've had a fair shot.

"I definitely have had some really low moments and just like, why do I keep doing this?

"But I keep on thinking if I persevere long enough, my time will come."

Earlier this month, the IAAF reallocated the medals from the 2007 World Championships, where Abeylegesse's silver in the 10,000m was disqualified.

Kara Goucher of the US and Britain's Jo Pavey received their silver and bronze medals respectively at the IAAF World Championships in London.