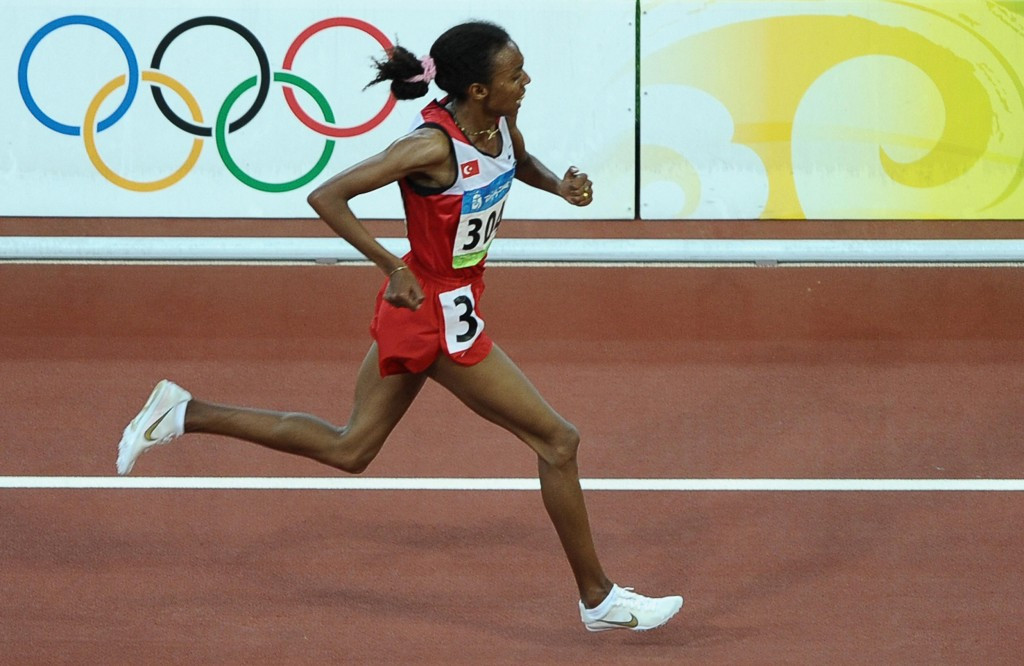 Elvan Abeylegesse stands to lose two Olympic silver medals, and one from the World Championships, after being banned for two years by the Turkish Athletics Federation for doping.

The 33-year-old naturalised Ethiopian was one of 28 athletes for whom adverse findings were revealed by the International Association of Athletics Federations (IAAF) last year following re-testing of samples from the 2005 and 2007 World Championships.

Abeylegesse finished second to Tirunesh Dibaba of Ethiopia in the 2007 IAAF World Championships 10,000 metres in Osaka.

She seems certain to lose that medal, meaning her silver would go to original bronze medallist Kara Goucher of the United States, with Great Britain’s Jo Pavey taking possession of the bronze.

Also expected to be taken away are the Olympic 5,000m and 10,000m silver medals Abeylegesse won at Beijing 2008, both times following home Dibaba.

The first would go to Shalane Flanagan of the US and the second to Ethiopia’s Meseret Defar.

Kenya's Linet Masai would then take the bronze medal in the 5,000m, and third place in the 10,000m would go to Sylvia Kibet, also of Kenya.

Abeylegesse has escaped being given a longer four-year ban because that sanction only came into force when the World Anti-Doping Agency introduced new rules on January 1 in 2014.

The decision to suspend Abeylegesse, however, was criticised by her manager Önder Özbilen after they last week launched an appeal to the Court of Arbitration for Sport and took legal action against the IAAF in Monaco, claiming “technical failures” in her retrospective analysis.

“Elvan has never used a banned substance; the IAAF decision is based on interpretation, not facts,” he told Anadolu Agency.

"The decision of the Disciplinary Committee of Turkish Athletic Federation is unlawful while the case in Monaco is underway."

Özbilen claimed that a report prepared by a doping expert found eight inconsistencies in the IAAF decision on Abeylegesse.

Abeylegesse denied she had ever used performance-enhancing drugs.

“I have not used a [banned] substance and I have never thought about taking one," she told the Anadolu Agency.

Abeylegesse also won a bronze medal in the 5,000m at the 2006 European Championships in Gothenburg and gold in both the 5,000m and 10,000m at Barcelona four years later.

Her suspension is the latest blow to the reputation of athletics in Turkey.

Earlier this year, Aslı Çakır Alptekin was stripped of the Olympic gold medal she had won in the 1500m at London 2012 because of inconsistencies in her athlete biological passport (ABP).

Last month it was reported that Gamze Bulut, Alptekin's training partner and the silver medallist, had also failed a test following analysis of her ABP.

She was one of 31 Turkish athletes banned in 2013, including hammer thrower Eşref Apak, the 2004 Olympic silver medallist.

At the time, IAAF President Lamine Diack had warned Turkey that its poor record on doping threatened to undermine Istanbul's bid to host the 2020 Olympics and Paralympics.

It emerged last year, however, that two of Diack's sons had tried to bribe Alptekin so the IAAF would help cover-up her positive dope test and allow her to keep her Olympic gold medal.