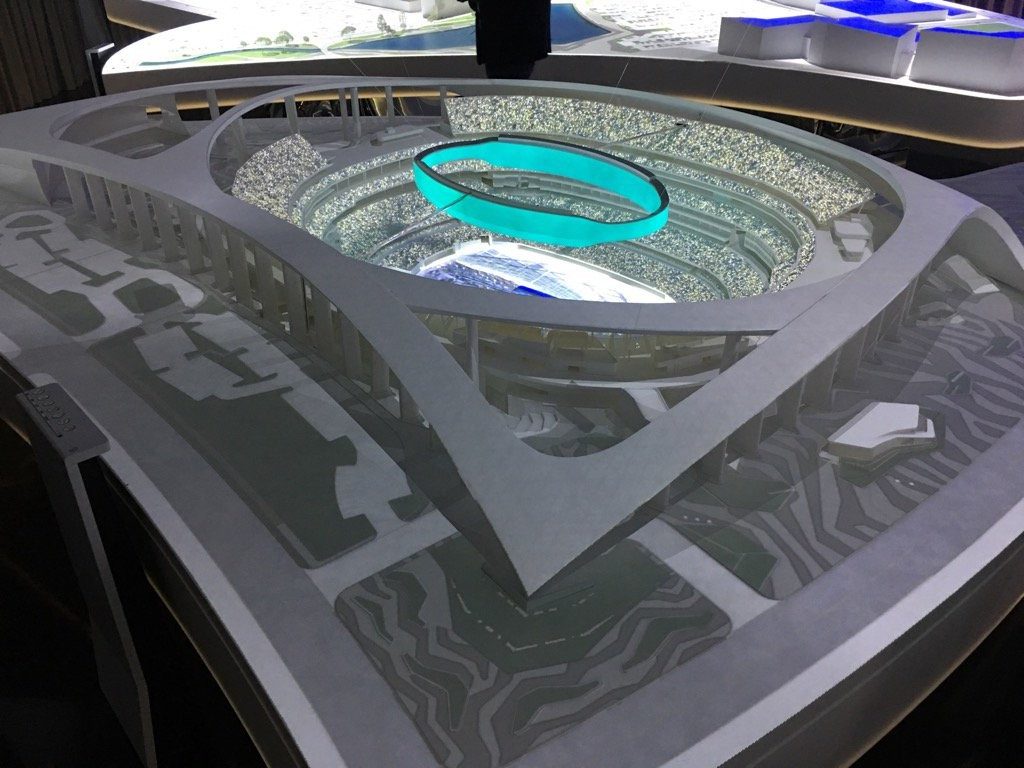 Model images have been released of the stadium proposed to host one of the two Opening Ceremonies for the 2028 Olympic Games in Los Angeles.

The Los Angeles Stadium at Hollywood Park in Inglewood is set to become the home ground of National Football League (NFL) teams the Los Angeles Rams and Chargers and is scheduled to open for the 2020 season.

As part of the 2028 bid, the Los Angeles Stadium would hold the formal Opening Ceremony.

A simultaneous event has also been planned at the Los Angeles Coliseum, the main stadium used for the 1932 and 1984 Olympics.

Proceedings would then switch round for the Closing Ceremony, with the Coliseum hosting the formal event and another event being held alongside at the Los Angeles Stadium.

The state-of-the-art stadium was expected to be completed in 2019 and could become the most expensive sporting venue in the world.

Designed by architectural firm HKS, it will be covered with a transparent roof and will have seating for between 70,000 and 100,000 spectators.

The estimated cost of the venue currently stands at $2.6 billion (£2 billion/€2.2 billion).

Privately financed by Rams owner Stan Kroenke, the Stadium will be owned and operated by that franchise and leased by the Chargers.

"This project is big and different in all positive ways."

The Los Angeles Stadium had been selected to stage Super Bowl LV in 2021, but Tampa stepped in as host earlier this year after delays to the construction.

The venue experienced set-backs after record rainfall reportedly caused flooding at the site in Southern California.

Construction had been expected to be complete in 2019, but the finish date has been pushed back a year.

The NFL require a stadium to have been open for two seasons before they can stage the Super Bowl.

The Raymond James Stadium in Tampa will stage the 2021 event, with Los Angeles hosting the following year.

Los Angeles' City Council declared their support towards hosting the 2028 Olympic and Paralympic Games in a meeting last week.

The announcement followed the decision by Los Angeles that it would host 2028 rather than the 2024 Olympics, which they had originally been bidding for.

Paris is poised to be awarded the 2024 edition.

Both cities must still be officially approved by the International Olympic Committee membership at their Session in Lima on September 13.