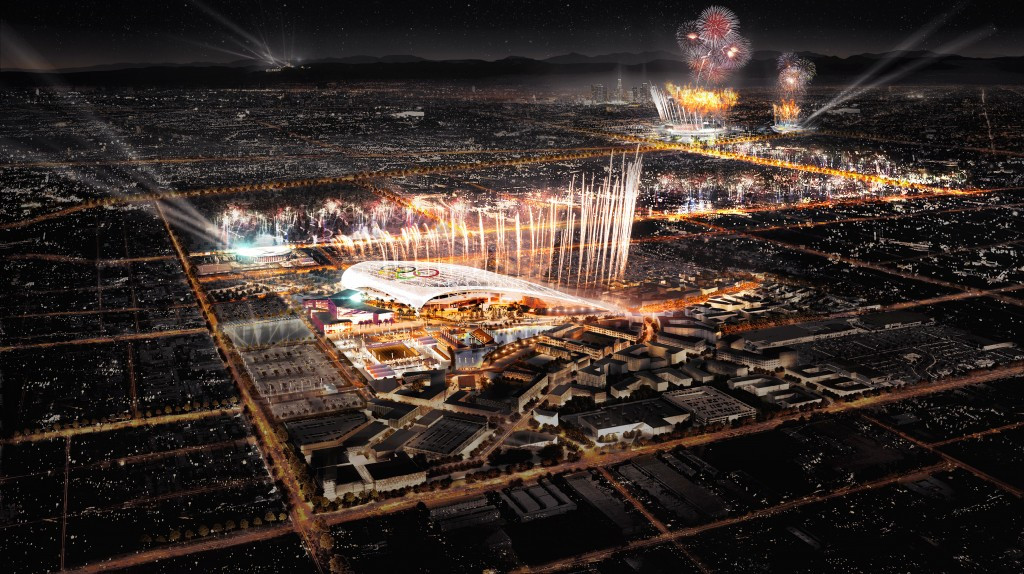 Los Angeles 2024 have announced their intention to hold Olympic Ceremonies at two different venues, should the American city be awarded the Games.

Hailing their "groundbreaking concept", bid leaders confirmed they would look to stage Ceremonies at both the LA Memorial Coliseum and the new National Football League (NFL) LA Stadium at Hollywood Park.

They claim the idea will combine Olympic traditions and cutting edge entertainment, with the LA Stadium representing the city’s fascination with "what’s next?" and the Coliseum representing its Olympic legacy.

The proposed Opening Ceremony on July 19 would begin with a Torch Relay at the LA Memorial Coliseum, which could be filled with 70,000 spectators.

It is claimed the crowd at the venue would enjoy a Hollywood-produced programme of live entertainment and top musical performances, as well as a virtual-reality experience of all Ceremony events at the LA Stadium.

The Torch Relay would then continue past iconic landmarks in Los Angeles, before arriving at the LA Stadium which would house 100,000 people.

Formal Opening Ceremony proceedings, including the Parade of Nations, Olympic Oaths, the official opening of the Games and the lighting of the Olympic Cauldron, would take place at the new venue.

For the Closing Ceremony, the formal elements would all take place at the Memorial Coliseum on August 4, with Los Angeles 2024 claiming this would be a "fitting conclusion" to the Games.

The venue hosted both the Opening and Closing Ceremonies at the 1932 and 1984 Olympic Games.

At the same time as the Closing Ceremony, the LA Stadium would host spectators for live viewing and high-tech entertainment.

Follow the t?rch through the City of Angels in an Opening Ceremony concept for the 2024 Games that unites two iconic LA venues #FollowTheSun pic.twitter.com/XJntwFygeB

"But LA’s wealth of stadiums and technology mean we can think about 'what’s next?' instead of just asking what has been done before.

"LA 2024 will ignite a global celebration of sport which, we believe, will do tremendous good for the Olympic brand worldwide."

It is also claimed that the use of both stadiums will allow for widespread public participation and use LA’s creative talent and technology.

"LA 2024’s Ceremonies offers the best opportunity for Angelenos and visitors to participate in the LA 2024 Ceremonies and welcome the world to Southern California."

The LA Stadium at Hollywood Park, which is currently being built, has been described as the "most technologically advanced stadium" with construction getting underway last year.

It will host the Super Bowl in 2021 and will be the home ground of the NFL teams the Los Angeles Rams and Chargers from 2019.

The LA Memorial Coliseum would serve as a temporary athletics venue at the Games, with the stadium set to undergo a renovation in 2018.