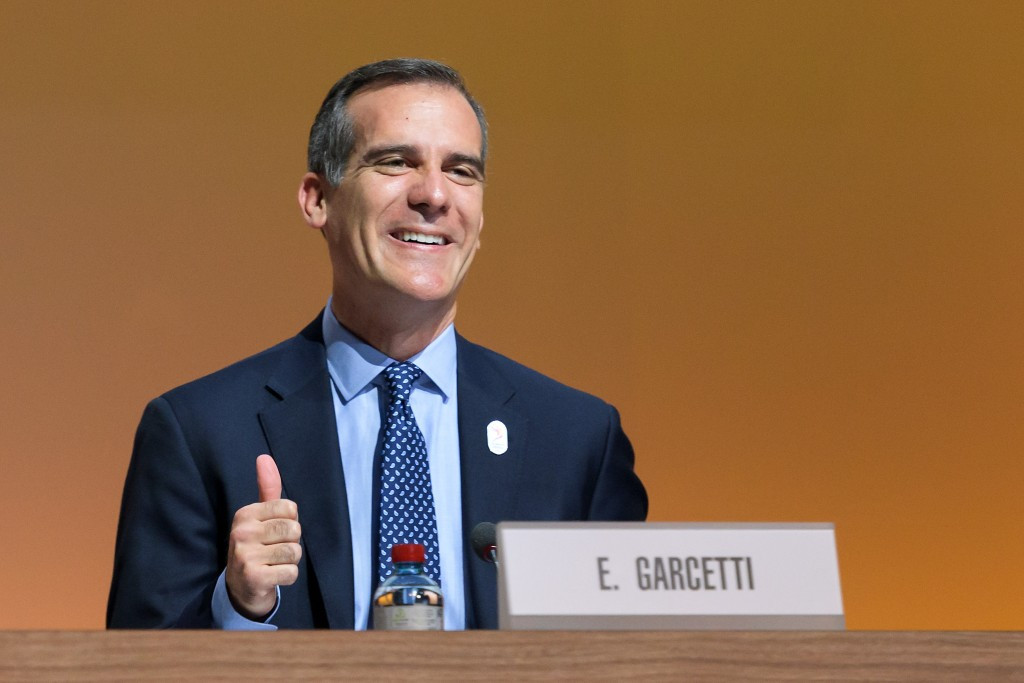 An agreement between Los Angeles, Paris and the International Olympic Committee (IOC) on the allocation of the 2024 and 2028 Games is "very, very close" and could be completed by next Friday (August 4), Eric Garcetti has claimed.

The Los Angeles Mayor told the Southern California News Group, however, that he thought a deal would already have been in place by now.

Garcetti again said Los Angeles was most likely to host the 2028 Olympics and Paralympics but insisted 2024 was "not off the table".

The 46-year-old, who has been a key player in Los Angeles' bid for the 2024 Games, also claimed negotiations with Paris and the IOC had been "harmonious".

The prospect of a double award for 2024 and 2028 was made possible earlier this month when plans received unanimous approval from the IOC at an Extraordinary Session in Lausanne.

It means that both Games are set to be awarded at the IOC Session in Lima on September 13.

The IOC are now to working with both the Californian city and the French capital to reach a "tripartite agreement" over who should host which event.

"Our conversations have been going very well.

"This coming week we should probably have things [settled] but I thought two weeks ago we'd have an agreement.

"I'm optimistic that an agreement could be reached by next Friday, for sure."

The IOC Executive Board are due to be together in London this week for a joint meeting with the International Association of Athletics Federations ruling Council so a decision could be formally approved then.

Garcetti, IOC President Thomas Bach and Paris Mayor Anne Hidalgo all joined hands in celebration when the double-award plans were confirmed at the Session.

Bach, who has spearheaded the proposals, then claimed negotiations would start immediately.

"The negotiations have been friendly and mutual," the Los Angeles Mayor added.

"It's just they have their systems and we have our needs but things are going great.

"We have both been able to engage with them.

"I know Paris has engaged with them too.

"It has been a very harmonious negotiation, I’ll say that."

Under the approved plans by the IOC it was hoped that either Paris or Los Angeles would "raise their hand" and volunteer to host the later edition.

"With the State Government as a possible financial partner for 2028, we at the Legislative Analyst’s Office will be interested in whether any deal with the IOC increases the Games’ financial cushion," Jason Sisney, the state’s chief deputy legislative analyst, added.

"While the Los Angeles 2024 plan is refreshingly low-risk, we would be most pleased if the initial 2028 plan carries even less risk.

"The reason: 2028 is a considerably more distant option – with all the unknowns that come with that – and managing risk should continue to be a priority for both the city and the state."