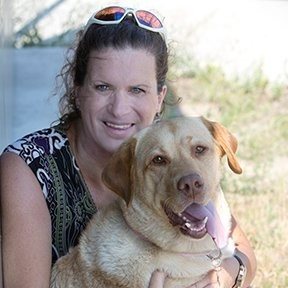 Transgender rights campaigner Kristen Worley has hailed a major breakthrough in her struggle to change sporting approaches to gender after cycling bodies settled cases in her favour.

Cycling Canada, the Ontario Cycling Association and the International Cycling Union (UCI) all agreed to adapt their policies towards XY female athletes, gender verification and Therepeutic Use Exemptions (TUE) for otherwise banned products.

Worley underwent gender reassignment via surgery herself in 2001 and subsequently attempted to return to cycling.

But, when she applied for the TUE to use testosterone, the process took 10 months instead of days or weeks and the amount subscribed was not enough.

The cycling bodies have now vowed to "review and revise" internal policies to embrace human rights.

This will include launching awareness and education related to diversity and participants as well as advocating the establishment of standards and guidelines for XY female athletes based on "objective" scientific research.

“Today, I am satisfied that the sport of cycling in Canada and internationally have committed to help advocate for issues facing XY female athletes,” said Worley.

“My vision encourages sport and the Olympic Movement to do what it is supposed to do best: harmonising and celebrating through sport the magic and enormity of our human diversity.”

Worley is now vowing to campaign against the likes of WADA and the IOC to bring about further concessions.

It comes after the introduction a controversial 2011 policy of "hyperandrogenism" by the IOC and International Association of Athletics Federations (IAAF).

It required women who had testosterone levels of over 10 nmol/L to have surgical or hormonal interventions to bring their levels down.

In 2015, this was challenged by Indian sprinter Dutee Chand at the Court of Arbitration for Sport (CAS).

Chand was barred from competing in the 2014 Commonwealth Games in Glasgow by the Athletics Federation of India due to having high levels of testosterone, despite having passed a gender test.

The sprinter had undergone and passed a gender test, but was prevented from competing at the Games, as well as the 2014 Asian Games in Incheon.

But CAS gave the IAAF until the end of this month to present new scientific evidence to back its rules requiring female athletes with high levels of male hormones to obtain medical clearance to compete.