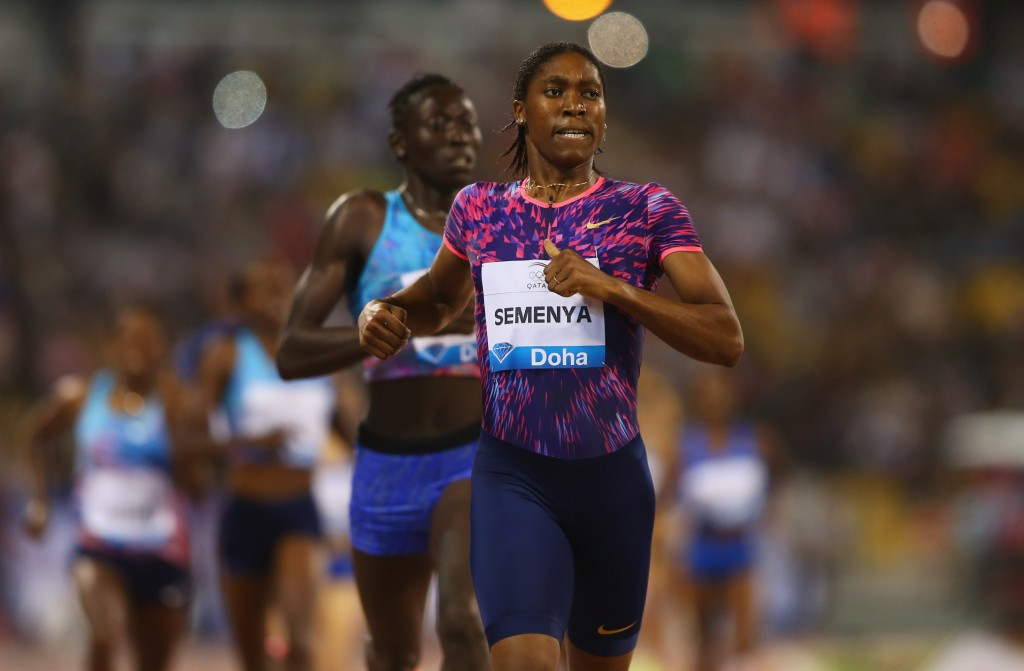 Caster Semenya and other athletes with naturally high levels of testosterone may need to return to taking suppressant medication after a new study has found that they could have a competitive advantage of up to 4.5 per cent over some of their rivals.

The research has been published in support of the International Association of Athletics Federations’ (IAAF) currently suspended Hyperandrogenism Regulations.

Debate over this sensitive subject erupted at the 2009 IAAF World Championships when the then 18-year-old South African easily won the women’s 800 metres.

The combination of her rapid athletic progression and her appearance culminated in the IAAF asking her to take a sex verification test.

The test results were never published officially, however some results were leaked in the press and are widely discussed, resulting in claims about that Semenya had traits of hyperandrogenism - an endocrinological disorder characterised by excessive levels of male sex hormones such as testosterone in the female body.

Semenya, winner of the Rio 2016 800m title and who stands to inherit the London 2012 800m gold following the retrospective doping ban applied to Russia’s Marina Savinova, was one of a number of women taking testosterone lowering medication until 2015 when the Court of Arbitration for Sport (CAS) suspended a rule that enforced a limit on female athletes’ naturally occurring levels.

The ruling, provoked by a successful appeal on behalf of India’s 100m Dutee Chand, dropped at the last minute from the 2014 Commonwealth Games team by the Athletic Federation of India, which claimed she was ineligible to compete as a female athlete.

On July 27 in 2015 CAS made an interim decision to suspend the IAAF’s Hyperandrogenism Regulations for a period of two years, in order to provide the IAAF with an opportunity to submit further evidence as to the degree of performance advantage that hyperandrogenic female athletes have over athletes with normal testosterone levels.

The study, funded by the IAAF and World Anti-Doping Agency, and published in the British Journal of Sports Medicine, is part of the evidence that the IAAF is preparing for its crucial return to CAS in Lausanne tomorrow.

It will not stop Semenya and other hyperandrogenic athletes from competing at the IAAF World Championships in London next month but it could have a significant impact on the CAS hearing due later this month.

The new study analysed 2127 androgen samples from athletes participating at the 2011 and 2013 World Championships and found that females with higher testosterone levels received a significant advantage over athletes with lower levels, with notable increases in 400m of 2.7 per cent, 400m hurdles 2.8 per cent, 800m 1.8 per cent, hammer throw 4.5 per cent and pole vault 2.9 per cent.

The authors, doctors Stéphane Bermon and Pierre-Yves Garnier, submitted the study for scientific peer review, and the article and related research before publication.

Bermon, a member of the IAAF and International Olympic Committee working groups on hyperandrogenic female athletes and transgender athletes, jointly headed the study with Garnier, director of the IAAF health and science department.

"This study is one part of the evidence the IAAF will be submitting to CAS regarding the degree of performance advantage that hyperandrogenic female athletes enjoy over female athletes with normal testosterone levels.

"We continue to gather more data and research on our journey to providing a fair and level playing field for females in our sport."

The IAAF has commissioned a second piece of research and sources told The Guardian it would look at the effect naturally occurring testosterone has on 100m and 200m sprinters such as Chand, as well as middle-distance runners and throwers.

To read the full article in the British Journal of Sports Medicine click here.