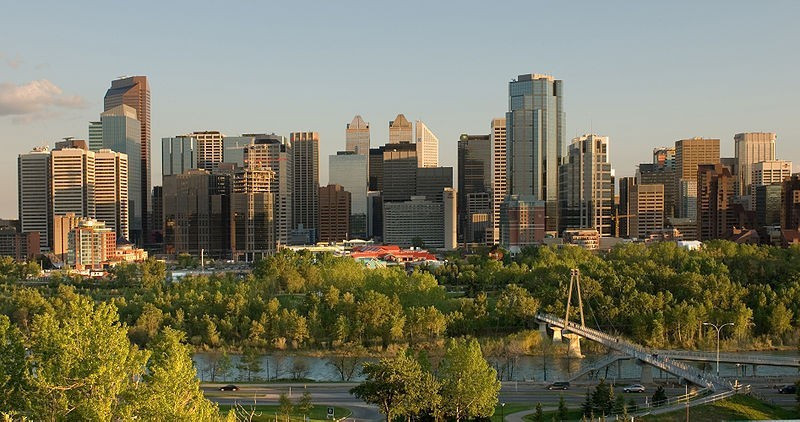 A study into Calgary's potential bid for the 2026 Winter Olympic and Paralympic Games has warned that it may be difficult to fund the event at the same time as the FIFA World Cup, which could be co-hosted by Canada.

It is predicted that over half of this would be covered through public money.

According to the report, the city would be capable of hosting the Olympics but it does not make a recommendation either way.

Canada has joined the United States and Mexico to make a joint bid for the 2026 FIFA World Cup.

"A joint North American bid for the 2026 World Cup would likely be competitive and have strong prospects of success," reads a full copy of the Feasibility Study and Conceptual Master Hosting Plan obtained by the Globe and Mail.

"Canada hosting a portion of the World Cup in the same year as the Winter Games may have an impact on both the level of Government support available from Sport Canada and the ability to attract and compete for sponsorship, media and ticketing revenue."

Details of a joint World Cup bid between the three North American countries was launched in April and is currently considered a front-runner.

It is expected that around three cities in the country would host matches.

Calgary would also be considered a strong Winter Olympic contender if the bid did go ahead.

It is estimated that it would cost around $391 million (£239 million/$312 million/€268 million) to renovate Calgary’s existing sporting venues and build new facilities in order to host the Games.

"Our Committee found that the answer to the question of feasibility - 'can we host the Games?' - is clearly yes," CBEC chair Rick Hanson said in a statement released alongside the bid.

"But the question of 'should we bid?' requires more work in light of new information.

"In addition, the new host city requirements from the International Olympic Committee (IOC) have yet to be released, which will contain information that will be critical to the city's deliberation and could also present material changes to CBEC's current proposed concept."

Councillors voted against a proposal to hold a referendum on the possible bid alongside Municipal elections in October.

Such a ballot was proposed by Councillor Sean Chu as it is "important to listen to what the citizens are saying".

Others, however, successfully argued that it was too early to hold a referendum because key information on the process has not yet been released by the IOC.

The IOC is seeking to shift towards a process that will "reduce costs, simplify procedures and provide more assistance to National Olympic Committees and cities".

An invitation phase lasting a full year has been approved before the formal candidature phase is shortened from two years to one.

This means that the process will not be formally launched until October 2018.

Innsbruck in Austria, Sapporo in Japan and Sion in Switzerland are among other possible candidates for 2026.

Calgary hosted the Winter Olympics in 1988.