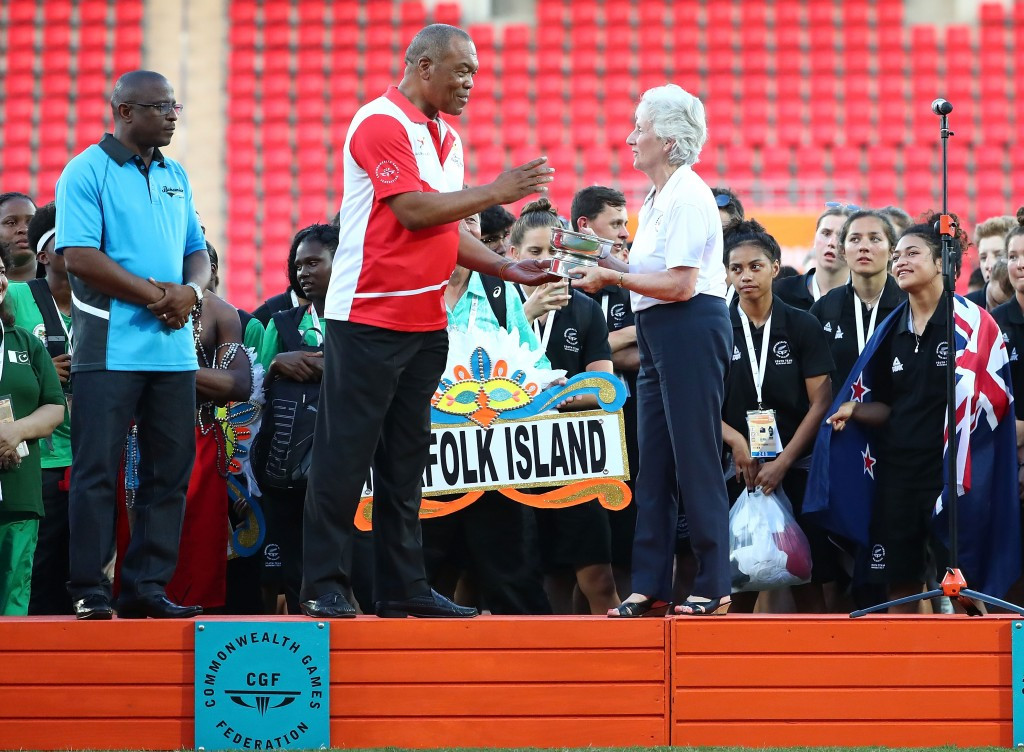 It would be an "enormous missed opportunity" if Northern Ireland are unable to stage the Commonwealth Youth Games, it was claimed, after Belfast 2021 did not play a part in the Closing Ceremony of Bahamas 2017 here tonight.

Commonwealth Games Federation (CGF) chief executive David Grevemberg claimed other unnamed countries had already expressed an interest in stepping in should Belfast be forced to withdraw because of the political deadlock in Northern Ireland.

A row broke out in Northern Ireland earlier this week after it was revealed by insidethegames that Belfast 2021 would not participate in the traditional handover at the end of the sixth edition of the Commonwealth Youth Games.

A delegation from Northern Ireland was due to receive the Quaich, a ceremonial drinking bowl.

It was instead handed back by Bahamian officials to CGF President Louise Martin, who then gave it to local athlete Hanna Karra.

The CGF have stressed their absence from the Closing Ceremony does not mean Belfast cannot host the Games in four years time.

The political impasse, which has meant the Executive need to release funding for the Games has not been signed, has led to fears Northern Ireland will pull out of hosting the event.

It means there is no functioning Northern Ireland Assembly.

"I would not want to set a firm timeline on things right now," Grevemberg told insidethegames.

"We are very supportive of the Games in Northern Ireland and we understand the complexity of the current political atmosphere.

"But we have been to Northern Ireland several times and we know the significance that this event has there in terms of peace and reconciliation."

The CGF Executive Board is due to discuss the situation at its next meeting in Sri Lanka's capital Colombo on October 4 and 5.

"It would be an enormous opportunity missed and lost if Northern Ireland does not wrap its arms around the power of this event, not only for the Commonwealth but for itself," said Grevemberg.

"In the interest of citizens and the Commonwealth at large, I really do hope they don’t miss the opportunity but we fully recognise they have to go through the process and we respect whatever decision they come up with."

After the athletes had arrived, Wellington Miller, President of the Bahamas Olympic Committee and head of the Organising Committee, and Sports Minister Michael Pintard both gave speeches.

They each thanked all athletes, coaches and officials for attending the Games and declared the event a success.

Following the closing video, the Quaich was then passed over, before The Bahamas flag was lowered and the national anthem sung.

With a troupe of junkanoo dancers, dressed in colourful costumes representing a popular street parade held every Boxing Day and New Year's Day, about to enter the Stadium, Martin officially declared the Games closed.

"To every single athlete, thank you," said Martin.

"You have shaped the future right here in the Bahamas.

"We are proud to be part of your journey as athletes, as young leaders, as part of the Commonwealth family - and I wish you every future success."

The brigade of junkanoo-dressed dancers then led the athletes out of the venue for the last time as the Ceremony, and the Games, came to a fun-filled end.