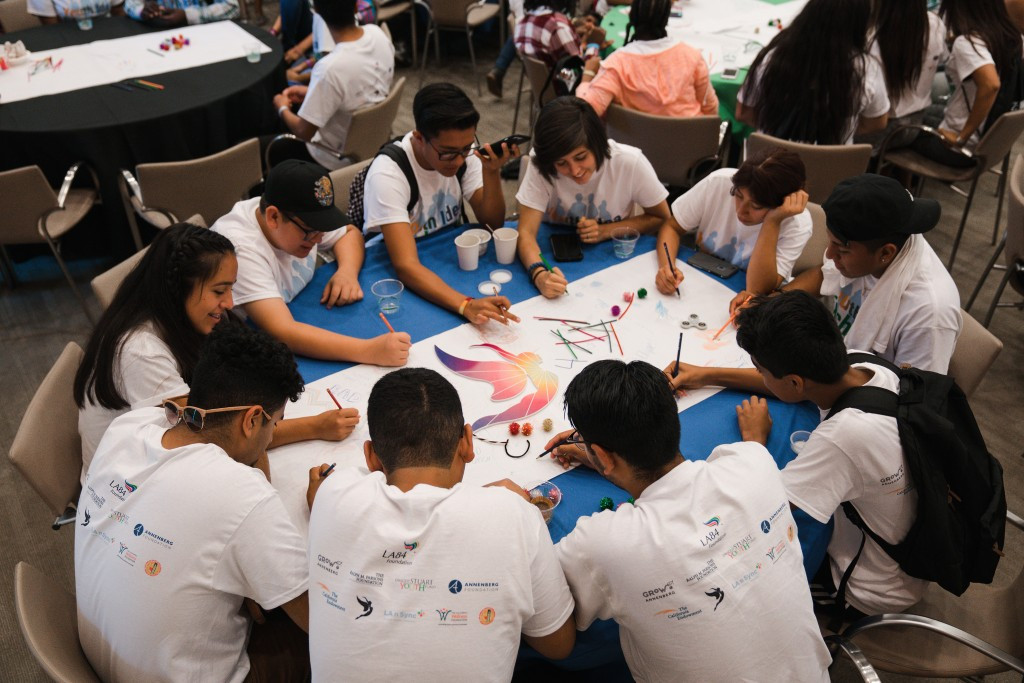 Around 250 young people have attended an event in Los Angeles to learn how they can benefit from a future Olympic and Paralympic Games in the city.

The Youth Idea Exchange was held at The California Endowment in the downtown area of the city yesterday, with Los Angeles 2024 playing a role in the organisation of the gathering along with the LA84 Foundation and other entities.

Los Angeles 2024 claim it was an opportunity for youth to share their ideas on how to "harness the power of the Olympic and Paralympic Games to promote healthy living and active lifestyles in their communities, both in the years leading up to and after the Games".

The American city is expected to host an edition of the Olympics and Paralympics within the next 11 years.

It follows the approval of plans to jointly award both the 2024 and 2028 Olympics during the International Olympic Committee Session in Lima on September 13.

The event included a series of demonstrations of Olympic and Paralympic sports such as fencing, taekwondo and sitting volleyball.

A number of presentations and workshops on health-related topics ranging from yoga to urban farming to hip hop dance were also a part of the day’s activities.

"As a Los Angeles-based private health foundation, we view community and civic wellness as resting upon two pillars: a welcoming, culture of inclusion; and, an active, healthy lifestyle," Los Angeles 2024 Board member Robert K.Ross, who is the President of California Endowment, said.

"This is why we believe that Los Angeles has a lot to offer to the Olympic and Paralympic Movements.

"Through today’s Youth Idea Exchange, we recognise the creativity and passion of young Angelenos in contributing to a civic conversation about the Games – how the Games hosted by our city can be great, and how the Games can benefit our city."

Los Angeles 2024 Athletes’ Advisory Commission member Jimmy Kim, who won the gold medal in the men's heavyweight category at the 1988 Olympics in Seoul, led a taekwondo clinic as part of the event.

"Today’s Youth Idea Exchange was about empowering LA’s leaders of tomorrow to ask themselves what Olympic and Paralympic legacy means to them," he said.

"Thanks to the work of the LA84, many of these young people know firsthand the power of the Olympic values to inspire and of sport and physical activity to build crucial life skills.

"We hope that today’s event will serve as a launchpad for more conversations about seizing the golden opportunity presented by the Games to benefit all Angelenos."