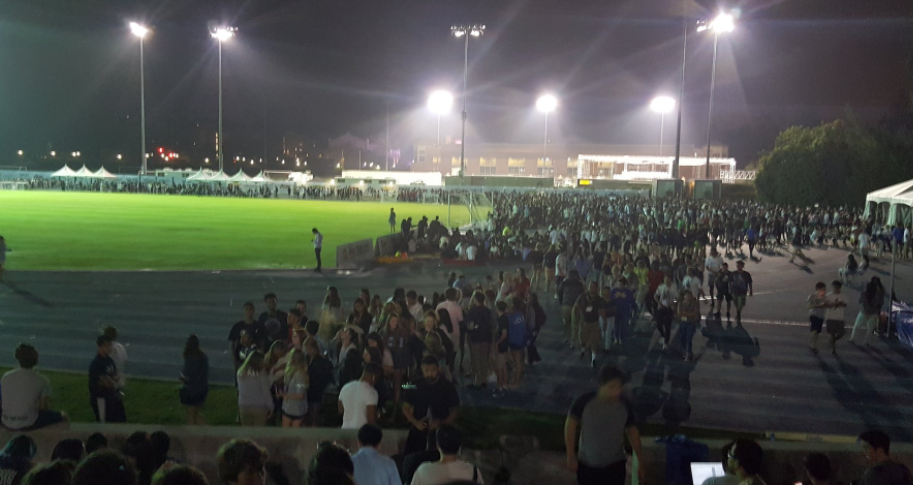 Students at the UCLA campus - where the Los Angeles 2024 or 2028 Olympic and Paralympic Athletes' Village would be located - had to be evacuated following a bomb scare.

Hundreds of residents across over 12 halls of residence were affected after a bomb threat was supposedly made via an anonymous call to a campus police station.

Students and other visitors took refuge in the nearby Drake Stadium before being given the all clear to return to their rooms around two hours and 20 minutes later.

It followed an extensive search by police and sniffer dogs to declare the area safe.

No suspicious device has been found.

The Hill is in emergency. Please evacuate to Drake Stadium. Please retweet and share. More information will be provided as it comes in.

The UCLA campus is a core part of the Los Angeles 2024 bid and formed the centrepiece of their Evaluation Commission inspection visit for the International Olympic Committee (IOC) and accompanying media in May.

Security concerns are seen as more of a challenge for their sole rival Paris, but the incident was a reminder that they also are at threat.

It comes after Los Angeles 2024 sent out a press release earlier this week heralding how UEFA Champions League winners Real Madrid and English Premier League side Manchester United were both using the UCLA campus for their pre-season tour.

Manchester United had been training at the Drake Stadium shortly before the incident.

The two sides are both due to play matches at proposed Los Angeles 2024 venues during their respective tours.

Real Madrid are due to face Manchester City at the LA Memorial Coliseum on July 26, the planned venue for athletics and the Opening and Closing Ceremonies.

It follows the approval of plans to jointly award both the 2024 and 2028 Olympics during the IOC Session in Lima on September 13.

Los Angeles is expected to host one of the two events while Paris will form the location for the other.