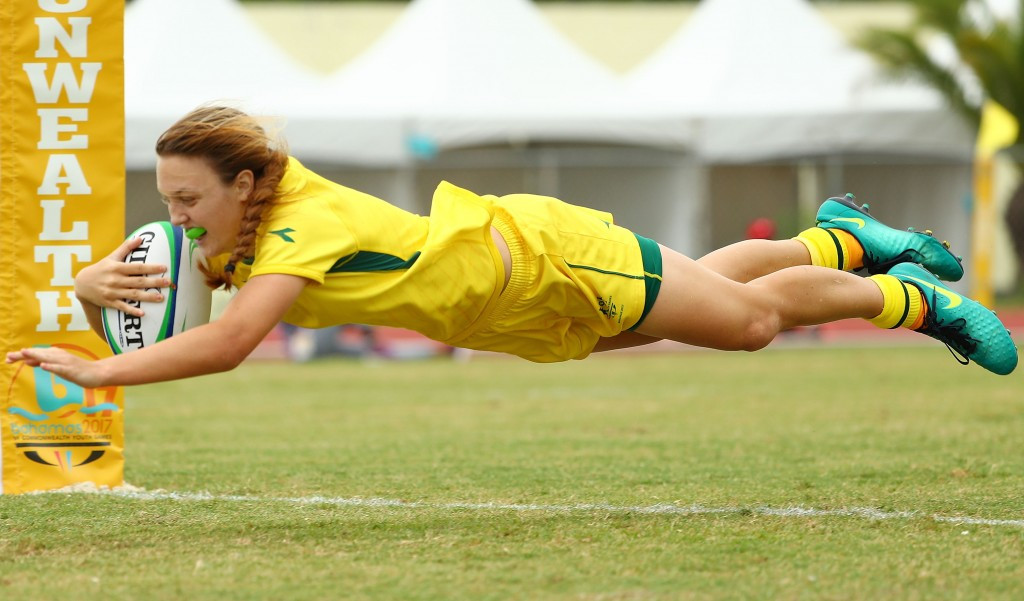 The Australians were in formidable form and dominated proceedings from start to finish on their way to a comfortable 31-5 victory against Canada.

The boys final was a much tighter affair.

Samoa eventually broke down a resilient English defence to wrap up a 10-5 success.

Australia seized control of the girls gold medal encounter from the outset and took the lead early on when Lily Rose-Bennett went over in the corner to give her side the perfect start.

Lily Dick added a second try for Australia shortly after and Page McGregor, who played a starring role in her team's victory, converted to give them a 12-5 lead.

McGregor took matters into her own hands, scoring the third try after a brilliant individual effort to put Australia further out of sight.

Rose-Bennett demonstrated her rapid pace one again as she scored her second trym Australia's fourth, before Georgia Hannaway put the gloss on an impressive performance with the fifth.

She ran from halfway unchallenged as the hooter to signal the end of the match sounded.

After a tense opening to the boys final, Samoa, the bronze medallists when their nation hosted the 2015 Commonwealth Youth Games, finally broke through thanks to Kelvin Masoe's try late in the first half.

Frank Tato then finished off a free-flowing Samoan move to give his side a healthy 10-0 advantage over England.

The English team pulled one back through Ollie Sleightholme but it proved to be too little, too late as Samoa held on for victory, sparking jubilant scenes at the final whistle.