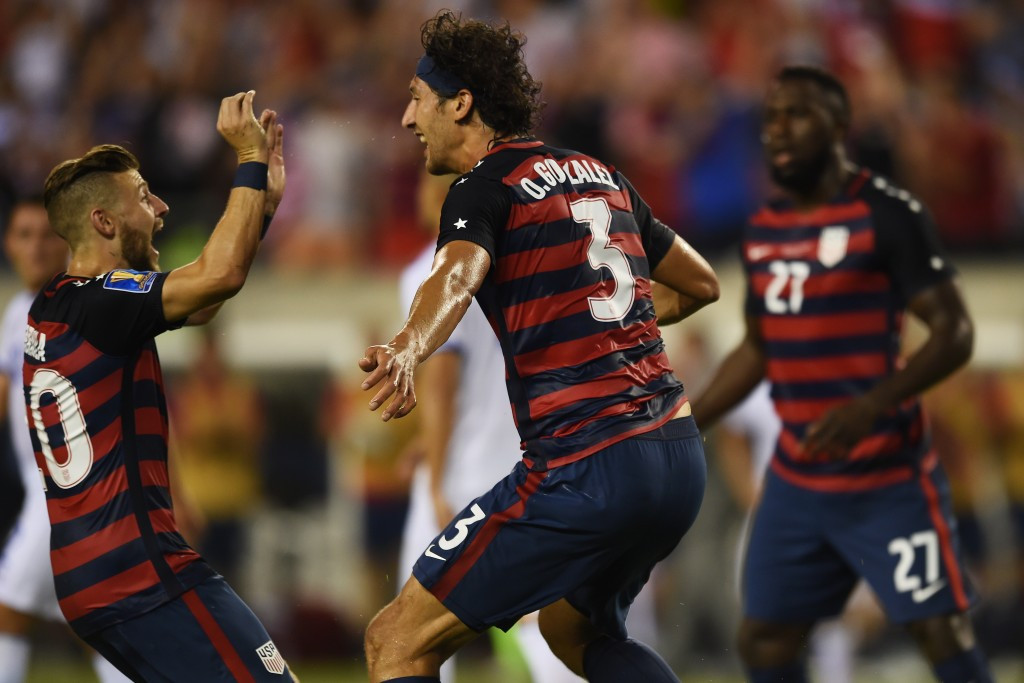 Hosts United States beat El Salvador 2-0 today to secure their place in the Gold Cup semi-finals, but the match at the Lincoln Financial Field in Philadelphia was overshadowed by an incident which saw defender Henry Romero seemingly bite American opponent Jozy Altidore.

Defenders Omar Gonzalez and Eric Lichaj scored late in the first-half as the US reached the semi-finals of the competition for the 13th time in 14 attempts.

The match will be remembered though for what occurred in the 57th minute, when forward Altidore appeared to be bitten on his left shoulder by the 25-year-old Romero before having his nipple twisted.

The incident, reminiscent of Uruguay’s Luis Suarez biting Italy’s Giorgio Chiellini during the 2014 FIFA World Cup in Brazil, was not penalised by Canadian referee Drew Fischer.

Romero could still be in hot water as the Confederation of North, Central America and Caribbean Association Football’s (CONCACAF) Disciplinary Committee has leeway to impose punishment.

Suarez was given a four-month ban for his bite on Chiellini.

"It’s never happened before, but in CONCACAF, it never ceases to amaze me," Altidore was reported as saying by The Guardian.

"You got to keep your cool.

"I shouldn’t be saying these things happen, but they do."

Gonzalez claimed after the game that El Salvador captain Darwin Cerén had bitten him on the back of his left shoulder in the 81st minute.

He had earlier put the US into a 41st-minute lead, glancing man-of-the-match Michael Bradley’s low free-kick from the left with his head and evading the outstretched hands of goalkeeper Derby Carrillo.

The advantage was doubled in the second minute of first-half stoppage time, when Clint Dempsey slipped a superb pass to Lichaj, who beat Carrillo with a composed left-footed finish from eight-yards out.

The goal was the 800th in Gold Cup history.

Awaiting the US in the semi-finals are Costa Rica, who beat Panama 1-0 earlier in the evening at the Lincoln Financial Field.

In the first-ever Gold Cup meeting between the Central American rivals, Panama’s Anibal Godoy flicked a free kick by David Guzmán into his own net to break the deadlock in the 77th minute.

Panama had a late chance to level deep into second-half stoppage time, but Costa Rica goalkeeper Patrick Pemberton somehow got a touch on a free-kick from the left as Fidel Escobar and Roberto Chen lurked at the back post unmarked.

The semi-final encounter between the US and Costa Rica is scheduled to take place on Saturday (July 22) at the AT&T Stadium in Arlington.

The two other quarter-finals are scheduled for tomorrow at the University of Phoenix Stadium in Glendale, where Jamaica face Canada and Mexico go up against Honduras.