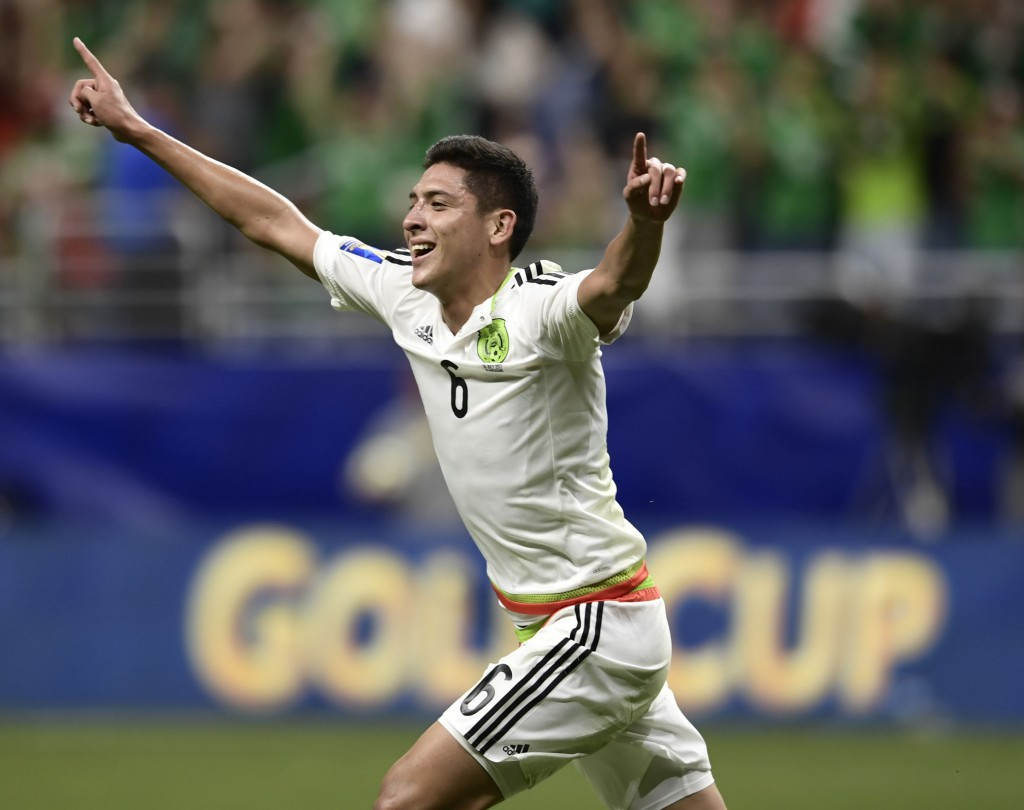 The defending champions and seven-time winners made it two victories from three games at the Alamodome in San Antonio as the tournament's group stage concluded.

Angel Sepulveda headed Mexico in front after 22 minutes after connecting with a deep Raul Lopez cross.

Curaçao have ended the tournament without a point, but the Mexicans did not have it all their own way as Leandro Bacuna smashed a header onto the bar.

However, any Mexican nerves were eased in stoppage time when Edson Alvarez found the bottom corner with a composed finish.

In the other match in Group C, Jamaica and El Salvador drew 1-1 in San Antonio with both sides joining Mexico in the quarter-finals.

Nelson Bonilla handed El Salvador a 15th minute lead when he latched onto a Ruben Marroquin pass and netted from a narrow angle.

Darren Mattocks made no mistake as the game ended all square.

The Jamaicans have ended on five points after an undefeated group stage, going through to the last eight in second place behind Mexico.

El Salvador have also crept through as the second highest third-place side from across the tournament's three groups.

The quarter-final line-up is now complete with hosts the US meeting El Salvador at Philadelphia's Lincoln Financial Field on Wednesday (July 19).

On the same day and at the same venue, Costa Rica will play Panama.