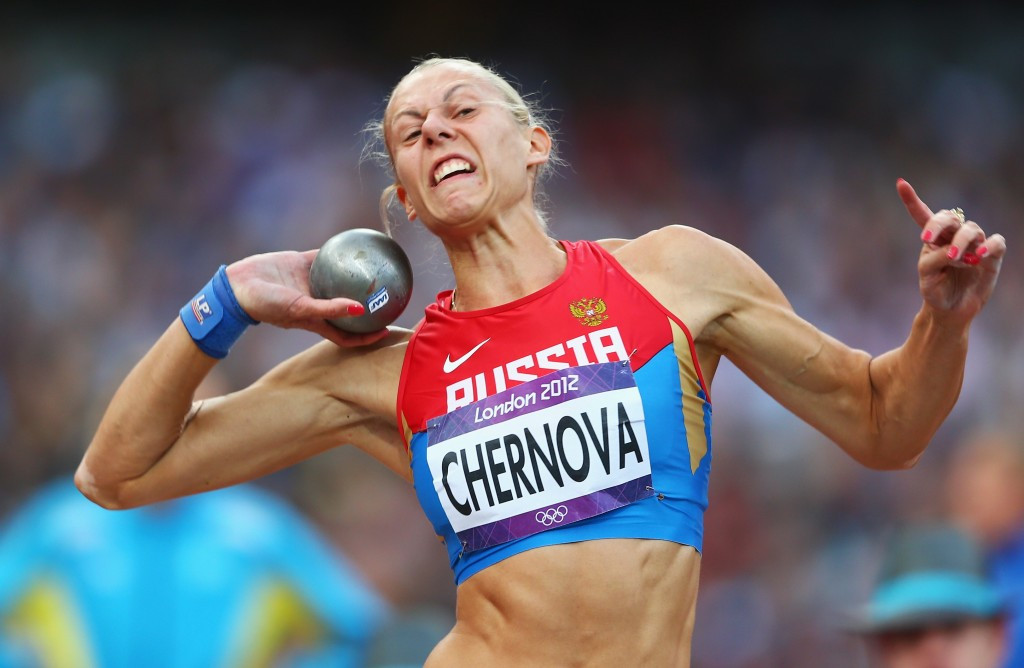 Russian heptathlete Tatyana Chernova will officially lose her 2011 world title and London 2012 Olympic bronze medal after the Court of Arbitration for Sport (CAS) dismissed her appeal against her ban for blood doping.

Chernova was banned for three years and eight months in November 2016 following analysis of her athlete biological passport (ABP).

The decision stripped the 29-year-old of the gold medal she won at the 2011 International Association of Athletics Federations (IAAF) World Championships in Daegu and the bronze medal she claimed at the Olympic Games in London the following year.

Chernova, who has also lost her Beijing 2008 bronze medal for failing a retrospective test, contested the ruling to the CAS but they have thrown out her appeal.

"The appeal has been dismissed and the first instance decision issued by the CAS on November 29, 2016, in which it substituted for the suspended Russian Athletics Federation (RusAF), is confirmed," a CAS statement read.

"Accordingly, Ms Chernova remains sanctioned with a period of ineligibility of three years and eight months, beginning on February 5, 2016 and all results achieved by Tatyana Chernova between August 15, 2011 and July 22, 2013 are annulled.

"The athlete's appeal concerned the IAAF's referral of the dispute to CAS for a first-instance decision in place of RusAF.

"As such, it focused on a jurisdictional issue and the CAS Panel did not review the first-instance finding that Tatyana Chernova engaged in blood doping practices throughout the period between August 2009 to at least July 2013."

Britain's Jessica Ennis-Hill will be upgraded to gold from the 2011 World Championships and there have been calls for the 31-year-old to be given her medal during this year's event in London next month.

Jennifer Oeser of Germany moves up to second and Karolina Tymińska of Poland taking bronze.

This followed the retesting of a sample from the 2009 IAAF World Championships in Berlin in 2013.

She was given a two-year ban backdated from July 22 in 2013 by the Russian Anti-Doping Agency, forfeiting all results recorded between August 15 in 2009 and August 14 in 2011.

This meant she lost a pentathlon bronze medal won at the 2010 World Indoor Championships in Doha but she crucially hung onto her 2011 World Championship gold, won in Daegu in South Korea on August 30 in 2011.

A second doping case was opened against Chernova in February of last year, with the IAAF referring the case to CAS to act as a first instance decision making authority.

This was because of the suspension of RusAF due to the country's alleged state-sponsored doping scheme.