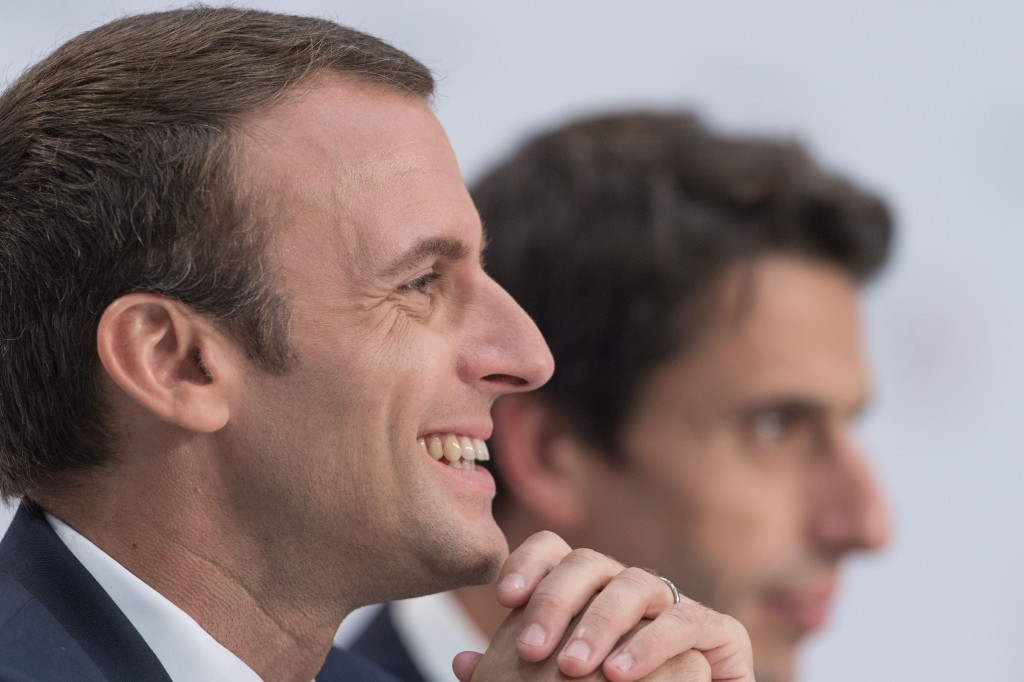 “The French people are ready” is the message the country’s new President Emmanuel Macron told International Olympic Committee (IOC) members in Lausanne today - emphasising that they could “count on” him even if he no longer occupied his present post in 2024.

Flanked by Paris 2024 co-chairman Tony Estanguet and the city's Mayor Anne Hidalgo, Paris, Macron emerged from the French capital’s 75-minute presentation and told reporters: “We did our best."

With the team very conscious that the city has lost three Summer Games bids in the last 31 years, their presentation – including part of Macron’s contribution – was largely in English, very much the dominant Olympic language in the 21st Century, although the subsequent press conference was conducted largely in French.

And for all the regular insistence that this is a sport-led bid, the vast majority of questions were answered by mainstream politicians Macron and Hidalgo.

Their transparent rivalry may yet become an issue, if not for the bid then for the Olympic and Paralympic project Paris is widely expected to be selected to mount in 2024.

It is not beyond the bounds of possibility indeed that the pair could be rival Presidential candidates before then.

Other features of the presentation included the presence of Muhammad Yunus, the Bangladeshi social entrepreneur and Nobel Peace Prize laureate, and a film featuring 24 words regarded as characterising the bid.

Among the words were passion and joie de vivre along with other Parisian staples including gastronomie and lumière.

Macron told journalists that he had decided “from the beginning of my mandate” to back this project.

Hidalgo, for her part, praised the IOC leadership’s decision to propose awarding two Summer Games at once, remarking that being a candidate in this day and age was a big risk.

It is widely anticipated that the IOC will go ahead with plans to award both the 2024 and 2028 Games at the same time, with Paris expected to receive the first edition before Los Angles host the event four years later.

During an IOC Session debate later today, members are due to discuss the possibility of joint awarding the Games and exactly how this process would be be conducted.