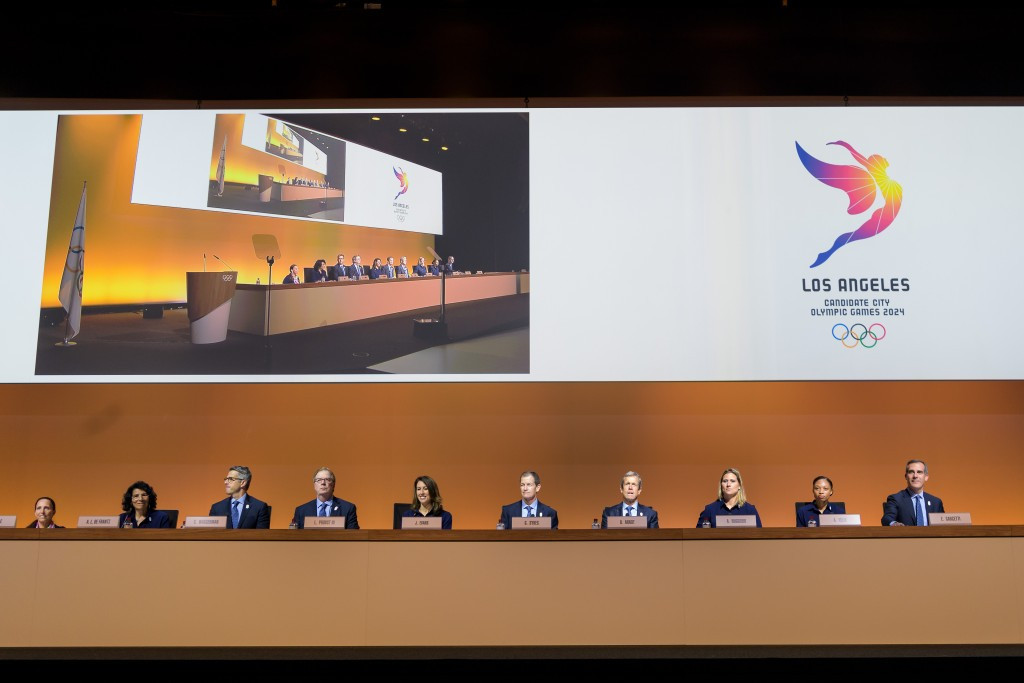 Los Angeles 2024's presentation here today has been described as "emotional" by watching International Olympic Committee (IOC) members as the bid argued how they are the best option for the future of sport's biggest event.

A 45 minute presentation, conducted completely behind closed doors with no live feed, was followed by a question and answer session.

It marked the first time either Los Angeles or sole rival Paris have been able to address the entire IOC membership.

Los Angeles Mayor Eric Garcetti once again received most of the plaudits as he closed with a vivid summary of what his city has to offer and a subtle warning that the IOC must change.

"The question every Candidate City must answer is, 'what do we leave behind after the Games are over - not only for our city, but for the Movement?'" he said.

"Our goal is to offer you something different, something unique - not more of the same.

"None of us can afford more of the same.

"Just as the Greeks used the sun to light the flame, we want to use the sunlight of our creativity to illuminate the future of your great Games.

"We are a city of storytellers at a time when the Olympic story needs to be re-told to a new generation of young people.

"We are a city of dreamers at a time when the Olympic dream needs a new set of wings to soar into the future.

"And we’re a city in love with the Olympic ideals because we live their legacy, every day."

Garcetti was then asked directly by British IOC member Adam Pengilly if they are focusing on 2024 or 2028.

He answered that they are still targeting the former edition, but are open to flexibility if the IOC approve joint awarding plans at their Extraordinary Session here later today.

Other questions focused on transportation and legacy plans as well as visa accessibility into the United States.

Six-time Olympic champion sprinter Allyson Felix was among other speakers as she replicated a performance she gave at November's Association of National Olympic Committees General Assembly.

"But the only way to do that is one person, one city and one nation at a time.

"LA 2024 is ready; we want to be your partners to follow the sun into the future - all we need is the chance."

If the joint awarding plans are approved, both the 2024 and 2028 Olympics will be awarded on September 13 in Lima.