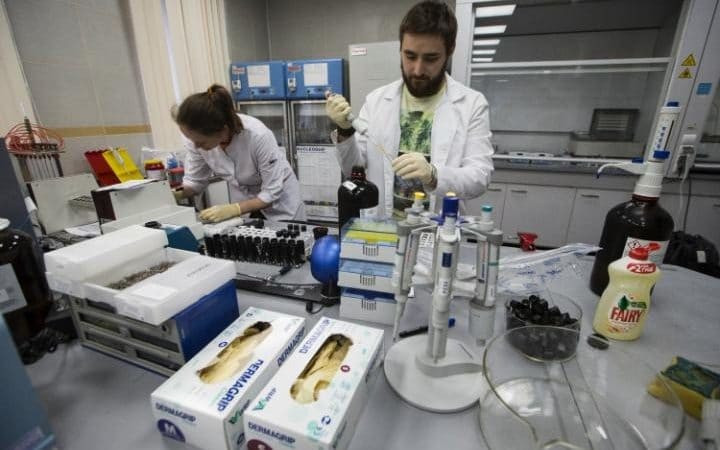 Plans for an Independent Testing Authority (ITA) to take over all aspects of doping control at major events have been approved here today by the International Olympic Committee (IOC) Executive Board.

It is planned to be launched in time for next year's Winter Olympic Games in Pyeongchang.

This is likely, however, to be in a preliminary form.

It is hoped that the new body will ultimately replace International Federations and event organisers as the primary body responsible for drugs testing.

Core responsibilities will involve in and out of competition testing, case management in the event of failed tests and therapeutic use exemptions (TUE).

Additional tasks could also be carried out if required, such as analysis of athlete biological passport, further case management on appeal and the storage of samples and reanalysis.

International Federations will pay varying amounts depending upon what support they received.

The IOC will also pay in the same way when it uses the ITA at an Olympic Game but will also contribute a lump sum to get the new organisation up and running over the first "two or three years".

"This will be independent, but also more efficient and effective," IOC medical and scientific director Richard Budgett said.

"This will be in place for the Olympic Games in Pyeongchang, and if there are delays and this is not in place then the preliminary ITA will be there to make sure that doping control is independent of the IOC.

"We will assist but it will be under the authority of the ITA."

All sanctions at Pyeongchang 2018 will be implemented by a special Ad-Hoc Committee of the Court of Arbitration for Sport (CAS), as happened for the first time at Rio 2016.

"The services will be paid for by those who use them but there will be support from the IOC certainly for first two or three years," Budgett added.

"The ITA business case is effective after the set-up.

"So the IOC will be very involved in the set-up, but in the long term the ITA has a sound business case for going forward [independently]."

The IOC contributions depends on the "number of IFs (internaitonal Federations) who join, how quickly they join and the scale and size of the ITA," said Budgett.

The ITA will be based in Switzerland and is expected to be controlled by a small Board of five individuals.

At least two will be "completely independent", including the chairman.

There will also be a "non-voting" representative from the World Anti-Doping Agency (WADA).

The Board, once appointed, will then be responsible for recruiting a director general to run the organisation in a practical sense.

"I think there will be something in place for Pyeongchang," Budgett added.

"It won't be an operation that can take over the control of anti-doping services by February 2018.

"But it should be an organisation that can step-in and make the decisions in Pyeongchang, about who will be tested when, and what they will be tested for.

"So this will mean the IOC will not be involved in decisions where, potentially, there could be a conflict of interest."

The IOC are desperate to reform anti-doping as they continue to receive criticism following publication of the WADA-commissioned McLaren Report providing widespread evidence of Russian doping at the 2014 Winter Olympics in Sochi.

It is currently thought that around 22 of the 28 Summer Olympic International Federations are interested in working with the ITA.

Larger bodies, such as the International Cycling Union and International Association of Athletics Federations, are thought to be among those not currently interested because, of what they claim, is the success of their existing programmes.

The Doping-Free Sport Unit of the Global Association of International Sports Federations is expected to play a key role in the form of the ITA.

Budgett also confirmed that there has been no further retesting of doping samples since last December from London 2012, although analysis of completed tests is still ongoing.

Analysis from the Vancouver 2010 and Sochi 2014 is also currently ongoing.

The Vancouver analysis should be completed by August but no timeframe has been set for the Sochi samples.