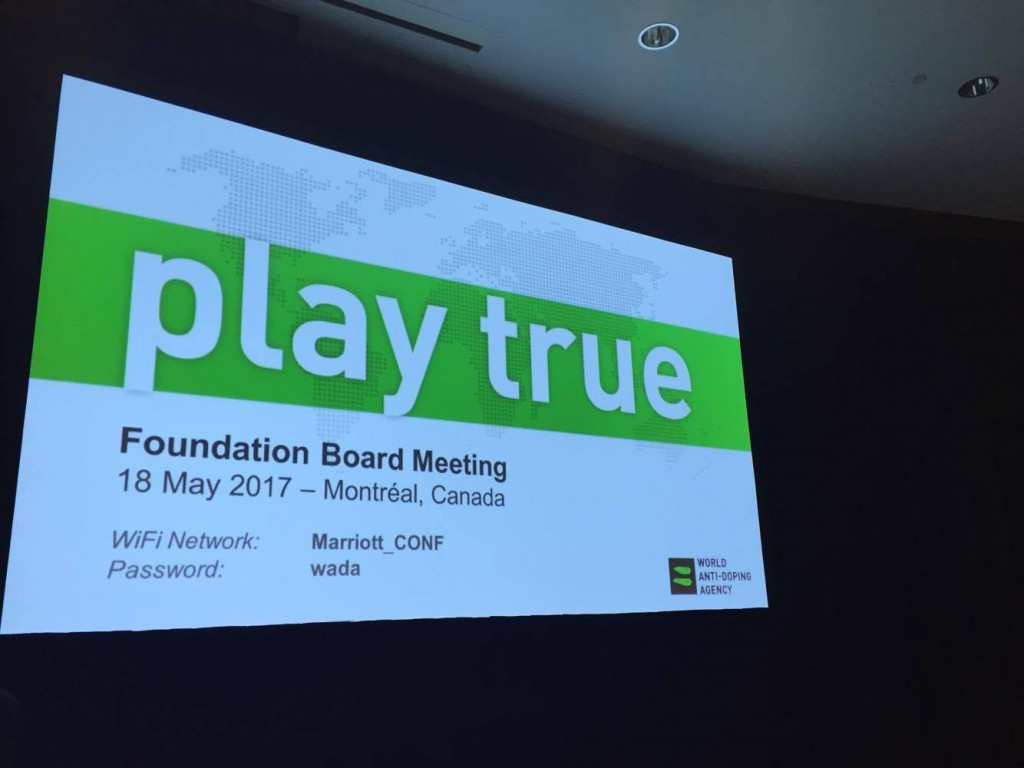 An Independent Testing Authority (ITA) will be established and could be in operation before next year's Winter Olympic Games after the proposal was rubber-stamped at the World Anti-Doping Agency (WADA) Foundation Board meeting here today.

The new group will be comprised of five members - an independent President, a representative from the IOC, a member of an International Federation (IFs), an athlete and an independent and neutral expert.

WADA would appoint a Selection Committee to decide who sits on the ITA.

Fourneyron, who presented her recommendations to the 38-member ruling body at the meeting, also said the ITA would "absorb the structure" of the Global Association of International Sports Federations' (GAISF) Doping-Free Sports Unit (DFSU).

Adherence to the new body, first mooted by the IOC at the Olympic Summit in 2015, would be voluntary and not compulsory, Fourneyron added.

It would be a "service provider" and stakeholders such as IFs and major event organisers would use the ITA on a "pay-per-use" basis.

IFs and Organising Committees would draw up contracts with the ITA should they wish to be a part of it.

FIFA are also believed to be indifferent to the idea.

Fourneyron, who was given a mandate by WADA to recommend how exactly the ITA would be established last year, admitted it might only be set up in a "limited form" before Pyeongchang 2018 due to a "tight timeframe".

The French official also confirmed the new body would fall under Swiss jurisdiction.

"The group concluded in setting up an ITA that this would not be the single solution to all problems in the anti-doping world, real or perceived," she said.

"We can't think it would be the magic wand and it would fill all the gaps.

"It should be one element of the puzzle, coherent and underlined by all of the other reforms WADA is undertaking."

An outside study, conducted by PricewaterhouseCoopers is understood to have assessed the cost of the new body at anywhere between $20 million (£15.4 million/€18 million) and $96 million (£74.2 million/€86.4 million) per annum, depending on how many IFs sign up.

The proposal was given the full support of the IOC, with vice-president Uğur Erdener among those to announce his backing here.

"This is the action time and the IOC is committed to provide financial support," he said.

It has also been given the green light by the United States Anti-Doping Agency (USADA), one of the most outspoken National Anti-Doping Organisations concerning the need for reform and improved structures in WADA.

The WADA Athlete Committee, led by Canada's Beckie Scott, were also in favour.

"For clean athletes, this is the first glimmer of hope after months of pushing for reform," USADA chief executive Travis Tygart said.

"The devil will be in the details, of course, but it's an improvement on the status quo."