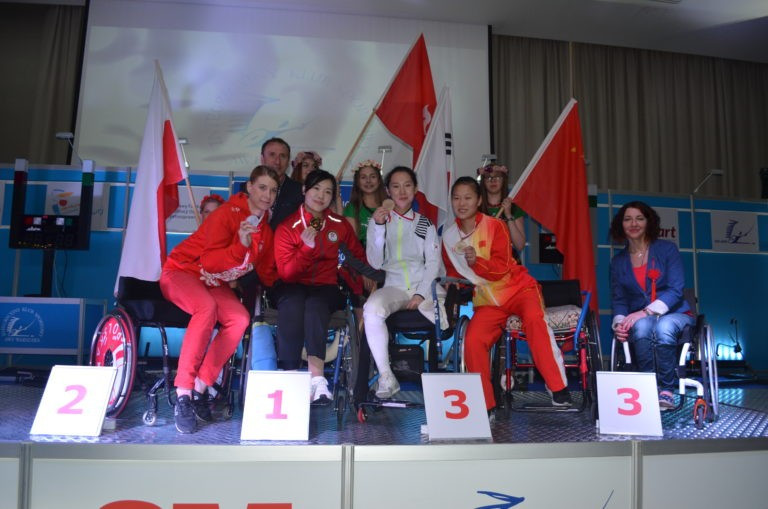 Heading into the competition, the athlete from Hong Kong who has seven Paralympic gold medals said she was confident she could top the podium at the Airport Hotel in the Polish capital city.

The 33-year-old well and truly proved this by winning on the opening day of the event.

In the final, she saw off the challenge of home hope Marta Fidrych, with the final score being 15-11.

Thailand’s Saysunee Jaya claimed victory in the women’s individual épée B final with a 14-9 win over Alesia Makrytskaya of Belarus.

There was a double success for China’s team in the men’s competitions.

Zhong Sai Chun won an all-Chinese final against team-mate Sun Gang, the bronze medallist from the Rio 2016 Paralympic Games, in the men’s individual foil A final.

It was a closely fought clash, but Zhong got the edge over his colleague with a 15-14 victory.

Feng Yanke added to the Chinese success by topping the men’s individual foil B podium, just as he did at Rio 2016, with a 15-11 win over Italy’s Marco Cima.

In the men’s individual foil C competition, two Russians reached the final and it was Alexander Logutenko who came out on top, defeating Sergey Barinov 15-14.