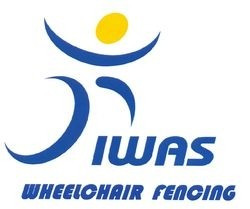 The International Wheelchair and Amputee Sports Federation (IWAS) has launched a Research Committee to develop wheelchair fencing for athletes with prosthetic limbs.

Following the Rio 2016 Paralympic Games, IWAS Wheelchair Fencing said they have received a sharp increase in interest from athletes with upper limb deficiencies who are keen to become part of the sport.

However, despite the spike in interest, current wheelchair fencing rules do not accommodate the use of a prosthesis in the sport.

"We want to develop our sport by opening up opportunities to fence to more athletes and broader impairment groups," said Szekeres.

"The support from researchers will allow the Committee to establish clear and transparent rules and regulations to facilitate fair competition going forward."

Szekeres, the first athlete to win medals at the Olympic and Paralympic Games, was elected chairman of the IWAS Wheelchair Fencing Executive Board in December.

The Hungarian followed team foil bronze at the Seoul 1988 Olympics with individual foil gold at the Barcelona 1992 Paralympics, after he was injured in a bus accident.

He was elected during an Assembly meeting in Pisa for a four-year term, replacing Poland's Jakub Nowicki, who shifted to the vice-president role.

Chung will formally begin the work of the Research Committee in the coming weeks at Imperial College London, while member nations will be kept up to date on the Committee's progress throughout.